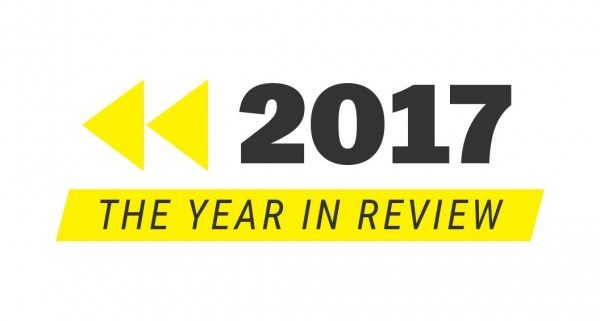 I have selected five events from this year that tell a story about ourselves and the God who made us.

Professor Robert Kelly was discussing Korean politics with the BBC on March 10 when his daughter Marian swaggered into the camera’s view wearing a bright yellow sweater.  Her brother followed.  His wife tried to remove the children in a panic, but the melee made the family an internet sensation.  Marian now has a fan following.

On August 21, we experienced the solar eclipse.  The 70-mile-wide path of totality was the first to travel across the contiguous U.S. since 1918.  Witnesses described it as a moving, even spiritual, event that exalted the Creator.

Rep. Steve Scalise returned to Capitol Hill on Sept. 28 to a standing ovation after being shot three months prior.  He said, “When I was laying on that ballfield, I started praying.  It gave me peace knowing it was in God’s hands.”  The Capitol Police officers that neutralized the shooter and the doctors that saved Scalise’s life also received applause.  “The outpouring of love from you, my colleagues, both Republican and Democrat really does show the warm side of Congress that few people get to see,” he said.  Indeed.

In October, Kate McClure ran out of gas in a dangerous area near Philadelphia.  Homeless veteran Johnny Bobbitt Jr. emerged to tell her, “Get in the car.  Lock the doors.  I’ll be back.”  He used his last $20 to bring gas.  She set up a successful GoFundMe account for him.  The funds are managed by advisors so he can buy a small home, receive a regular income, and donate to charities.  He called this his “second chance at life.”

Our need for rescue, help, and healing, as well as love, generosity, and second chances will always exist.  In these times, “God is our refuge and strength, a very present help in trouble. The Lord of hosts is with us” (Psa. 46:1,7).  His identity is revealed as “The heavens are telling of the glory of God, and their expanse is declaring the work of His hands” (Psa. 19:1).  This same God Most High loves the most vulnerable.   “Permit the children to come to Me; for the kingdom of God belongs to such as these” (Mark 10:14).  Our history is His story.

As His story book of 2017 closes, may it tell how you have come to love your Creator and your neighbor as God has purposed for you.

Hope and Fear
Scroll to top