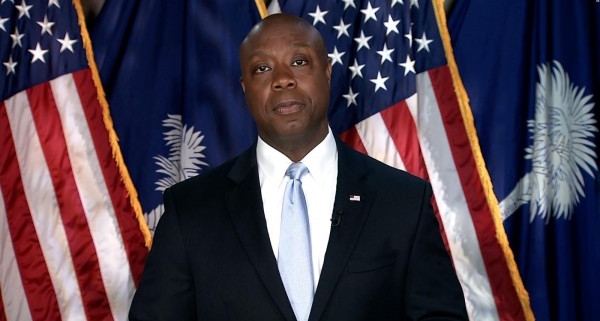 U.S. Senator Tim Scott spoke to the nation last month. Setting politics aside, surely you can appreciate his life story of hope and redemption.

Broadcasting to a national audience on multiple platforms he said, “Growing up, I never dreamed I’d be standing here tonight. When I was a kid, my parents divorced. My mother, my brother, and I moved in with my grandparents. Three of us, sharing one bedroom. I was disillusioned and angry, and I nearly failed out of school. But I was blessed. First, with a praying momma. Then with a mentor, a Chick-fil-A operator named John Moniz.”

Moniz had noticed and felt compassion for the young Scott. Motivated by his Christian faith, Moniz hoped to positively impact one million people. For four years he taught Scott the life lessons that had helped Moniz find success and significance. He wanted Scott to look beyond athletics and entertainment to more realistic goals, packaged as a “back-up plan.” He said, “If you have a job you’re doing well, but why not become a job creator?” Turns out that Scott needed a backup plan.

Driving on the freeway, Scott fell asleep with his mother in the car. He awoke with a start and snatched the steering wheel. The car flipped and rolled into the opposing lane. They survived, but a broken ankle ended his big hopes for athletic success. He attended a small college where a fellow student, John Rickenbacker, resumed the conversation that Moniz started. The result, Scott explains, was that in 1983 “I accepted Jesus Christ as the Lord of my life.” He also implemented his backup plan, focusing on academics and entrepreneurship.

Scott sees God’s sovereign hand in the near tragic accident and in the men who invested in him. When telling the story he recites, “We know that God causes all things to work together for good to those who love God, to those who are called according to His purpose” (Rom. 8:28). In Scott’s story, that means an angry young man becomes a U.S. Senator, speaking to the nation.

Only four years after meeting Scott, Moniz died at age 38. Scott’s national audience far exceeded the number of people Moniz had hoped to impact, and they heard this uplifting message: “Original sin is never the end of the story. Not in our souls, and not for our nation. The real story is always redemption.” I hear Moniz’ voice loud and clear. Through the one he impacted his million, and more.

Some do the work of Christ as fast food managers, fellow students, or redeemed senators, but all do it for the glory of God. “We are his workmanship, created in Christ Jesus for good works, which God prepared beforehand so that we would walk in them” (Eph. 2:10).

Praying for Liberty
Scroll to top