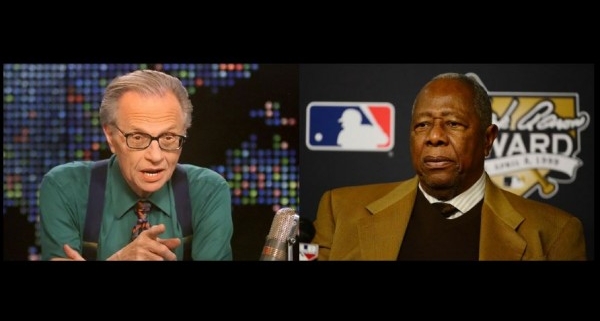 Sometimes life reminds us to number our days.  Death does too.  It can stir you to consider what really matters.

Larry King died.  He told Conan, “I don’t believe in an afterlife. I can’t, I just never accepted it.” I respect that, but it’s sad. He continued, “The only hope, the only fragment of hope, is to be frozen and then someday, they cure whatever you died of, and you’re back.”  Once King interviewed Billy Graham about his book “Facing Death and the Life After.”  King asked, “What’s on the other side?” Graham replied, “On the other side is heaven or hell. That’s what the Bible teaches.”

Graham ministered in non-religious, secular settings because Jesus sought out those settings, too.  People wrestle with questions like King asked.  King did not accept the clear answer offered by Jesus. “I am the resurrection and the life. Whoever believes in me, though he die, yet shall he live” (John 11:25).  The evidence that Jesus lived after he died is far more reassuring than the “fragment of hope” that a frozen body might be thawed back to life someday.

Hank Aaron died the day before King.  It’s sad that Aaron had to endure such hate even while MLK reminded us of the “promissory note” of American freedom and equality.  How did he cope? He said, “I need to depend on Someone who is bigger, stronger, and wiser than I am. I don’t do it on my own. God is my strength. He lights the way.”  About playing he said, “I felt like I was surrounded by angels and I had God’s hand on my shoulder.”  He had an assurance unknown to Larry King.

Who’s next?  In his typical dry wit, C. S. Lewis reminds those who fear death that “100 percent of us die, and the percentage cannot be increased.”  Likewise the Bible says, “It is appointed for men to die once, and after this comes judgment” (Heb. 9:27).  As you ponder that inevitability, these precious promises are such a treasure:  “The free gift of God is eternal life in Christ Jesus our Lord” (Rom. 6:23) and “To live is Christ and to die is gain” (Phil. 1:21).

Thinking about his destiny Paul writes, “We are of good courage and prefer rather to be absent from the body and to be at home with the Lord” (2 Cor. 5:8).  His friend Peter adds urgency. “I consider it right…to stir you up by way of reminder, knowing that the laying aside of my earthly dwelling is imminent” (2 Pet. 1:13-14).  The reminder is that by faith you enter the eternal kingdom of our Lord and Savior Jesus Christ before your “laying aside.”

If you are to be stirred up by life or death, let it be about things that ultimately matter.  Such as your ultimate destiny.