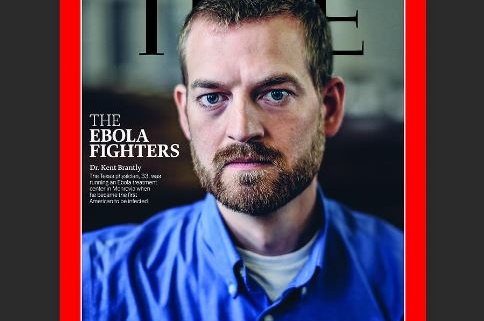 The CDC issued a Level 2 Alert about a new outbreak of Ebola in Uganda. You may recall the Ebola plague of 2014 in Liberia. During that outbreak, Dr. Kent Brantly was serving in a hospital in Liberia with Samaritan’s Purse. Because of his love and dedication, he chose to stay and face the risk of treating infected people. Despite his meticulous attention to safety protocols, he contracted the disease. He received an experimental treatment and eventually recovered at Emory Hospital in Atlanta. To Dr. Brantly, love meant being vulnerable.

Vulnerability is not the same as weakness.  “The world does not understand vulnerability,” writes Brennan Manning.  “Neediness is rejected as incompetence and compassion is dismissed as unprofitable. The great deception is that being poor, vulnerable and weak is unattractive.” In fact, it takes courage and sacrifice to be vulnerable, whether it means facing risk, admitting need, or telling the truth.

Christmas recalls the historical moment when God became as vulnerable as a baby. The Word became flesh and embraced the risk of the human condition, but not just to reveal truth. He made Himself vulnerable to death on the cross to pay the penalty for your sin. Why do that? “For God so loved the world, that He gave His only begotten Son, that whoever believes in Him shall not perish, but have eternal life” (John 3:16). Love moved God to become vulnerable.

For you, being vulnerable may never mean fighting Ebola in Africa. It does mean loving someone enough to own your mistakes, to admit your contribution to the situation. It means loving God enough to confess your need. In “It’s A Wonderful Life” George Bailey prayed, “Dear Father in heaven. I’m at the end of my rope. Show me the way.” That is raw vulnerability. What happened next changed his life. Then he prayed, “Please God. Let me live again!”

In a mysterious, joyful moment, our Savior who is Christ the Lord, was born for you. Your response is to trust Him for what you need most – forgiveness and a renewed life. Could you be so vulnerable?