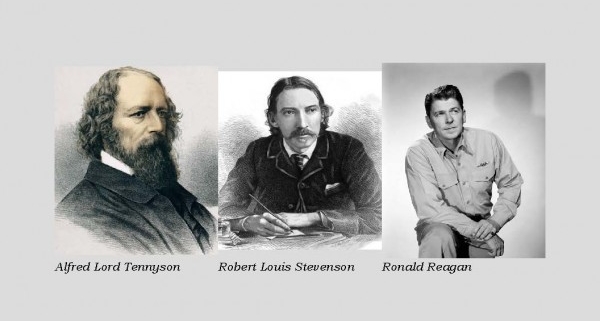 Growing old isn’t for the faint of heart. Ok, that’s cliché. Tennyson said it better in “Ulysses.” “Death closes all; but something ere the end, some work of noble note, may yet be done, not unbecoming men that strove with gods. We are not now that strength which in old days moved earth and heaven; that which we are, we are – One equal temper of heroic hearts, made weak by time and fate, but strong in will to strive, to seek, to find, and not to yield.” To be wise in advanced years means having a vital (noble) interest and a resolute (heroic) courage to engage life.

An inspired life is a joyful one. Robert Louis Stevenson writes in “The Lantern-Bearers” about boys and their bulls-eye lanterns. They took great joy in the tiny lantern buckled to the waist, well hidden beneath the topcoat. His point is that the source of a person’s joy is not in the “salts and acids” of what is seen. “We shall see the trunk from which he draws his nourishment; but he himself is above and abroad in the green dome of foliage, hummed through by winds and nested in by nightingales.” Do you exist solely in the salts and acids, or has inspiration lifted you? Old age is no excuse.

Ronald Reagan exemplified inner joy and resolute courage. In 1984, he was the oldest person (73) to be elected President. When the issue of his age came up in debate, he looked to his opponent Walter Mondale and said, “I will not make age an issue of this campaign. I am not going to exploit, for political purposes, my opponent’s youth and inexperience.” Even Mondale laughed!

Where does someone find a work of noble note, and a heroic heart strong in will? The Psalmist has the answer. “The righteous man will flourish like the palm tree, he will grow like a cedar in Lebanon. Planted in the house of the Lord, they will flourish in the courts of our God. They will still yield fruit in old age” (Psa. 92:12-13). That righteousness is not your own but “through faith in Christ, the righteousness which comes from God on the basis of faith” (Phil. 3:9).

The older you are, the more keenly you realize what you don’t know. But you have the wisdom of life experience, something to offer to the yet age-challenged. As long as you continue in your earthly tent, you have reason for joy and a purpose for life, along with your hope for eternity. By faith, endowed with the righteousness of God, you will yield fruit in old age.

Of Men and Angels
Scroll to top