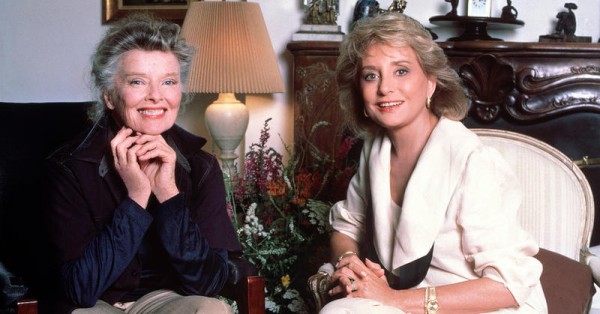 “If you were a tree, what kind of tree would you be?” Would you answer such a question?

Entertainment critics hit Barbara Walters hard for asking Katharine Hepburn a similar question on the “20/20” show in 1981.  But the question wasn’t random. Context helps. Hepburn complained that fame had made her into “sort of a thing.” Walters asked, “What kind of thing?”  Hepburn answered, “I’m like a tree,” which elicited the follow up, “What kind of tree are you?”

Jesus used questions not to entertain, but to challenge his hearers to believe who He is.  Consider these four questions recorded by John.

“What do you seek?” (John 1:38).  Jesus directed this question to Andrew and John.  At the time they were followers of John the Baptist who called Jesus “the Lamb of God.”  Were they looking for a different teacher to follow, or a stimulating religious talk?  After spending the day with Jesus, Andrew told his brother Peter, “We have found the Messiah.” Maybe the question helps you clarify what, or rather who, you seek.

“You are a teacher in Israel and you do not understand this?” (John 3:10). This was for Nicodemus, when he wondered how someone is born again of the Spirit.  Jesus reminded him about Moses lifting the serpent on a pole to save the people. That event foreshadowed the Son of Man dying on the cross “so that whoever believes will in Him have eternal life.”  Do you believe Jesus is God the Son, and His sacrificial death provides for you to be born again to eternal life?

“Do you believe this?” (John 11:26). Jesus asked Martha to believe her brother Lazarus would live again. He made the remarkable claim that “everyone who lives and believes in Me will never die.”  Do you believe Jesus not only raised Lazarus, but His own Resurrection was the miracle that authenticated everything He said?

“Because you have seen Me, have you believed?” (John 20:29). Thomas had been a doubter, wanting to see the resurrected Jesus for himself. Thomas touched Jesus just to make sure He was real.  Then Jesus looked down through history and saw you.  “Blessed are they who did not see, and yet believed,” He said.  You have yet to see Him, but still you believe?

You can ignore a question.  Hepburn might have dismissed Walters’ question as too metaphorical. (She didn’t. She saw herself as a “white oak tree, strong and great.”) Maybe the source of the question gives you pause.  “May I take your pulse?” would be OK coming from your doctor, but weird from a co-worker.  But when God takes on human flesh to read some questions into the historical record, they aren’t metaphorical or weird.  They’re vital because of the Questioner and the question.  So, give Him your answers.