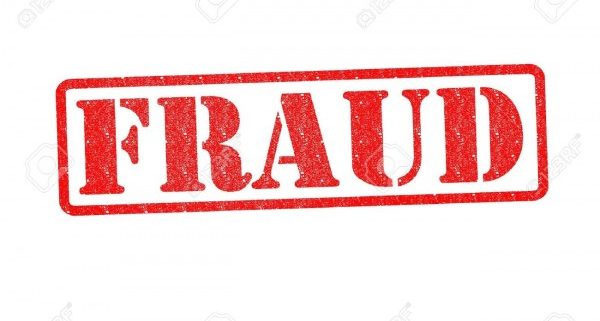 Everyone lives out a philosophy or religion whether aware of it or not. It is axiomatic that if you follow a path, you think it is the right one.  But just because it is right for you does not necessarily mean that it is “Christian.”  Believers and non-believers alike can mistake sincerity or appearances for authentic faith.

In another time, another place, I knew of a church that was attacked like a wolf in sheep’s clothing. A humble but well-to-do businessman joined them, but didn’t really seek attention.  He was encouraging, supportive, and generous.  He knew the language of the Christian faith.  He let it be known that he was an investment manager.  Little by little the details emerged about his portfolio returning 25% or more annually with no risk.  Soon he was signing up new customers at church.  It was a pyramid scheme.  He was eventually arrested and convicted.  Most of his victims lost everything they invested, some their life savings.  He appeared sincere, but was not authentic.

The Bible addresses authenticity thoroughly. The Lord understands the human tendency to fake it, and most posers aren’t as blatant as the criminal in my story.  A Hebrew prophet spoke to people who were quite religious, but had forsaken the Lord.  “I delight in loyalty rather than sacrifice, and in the knowledge of God rather than burnt offerings” (Hos. 6:6).

Jesus said, “Not everyone who says to Me, ‘Lord, Lord,’ will enter the kingdom of heaven.” He knew people would claim his name without submitting to the Father’s will.  He told parables about seeds that sprout and appear healthy until challenged, and weeds growing amidst the wheat.  Is this not about authenticity?  He spoke about a small gate and a narrow way “and there are few who find it,” which can be alarming (Mat. 7, 13).

John’s first epistle has multiple tests of authentic faith. Has his grace moved you to admit sin, abide in Him, and love one another in deed and truth?  If you have exchanged your life for His, you practice righteousness, confess the Son, and know the Spirit of God.  Once I led a dialogue on this, and a venerable old saint asked, “Are we to test each other?”  “No.  We examine ourselves,” I countered.

Amidst these clarifying challenges, John writes, “These things I have written to you who believe in the name of the Son of God, so that you may know that you have eternal life” (1 Jn. 5:13).  We do not have to stumble through life wondering.  We can know for certain that we have authentic faith. That’s good news!