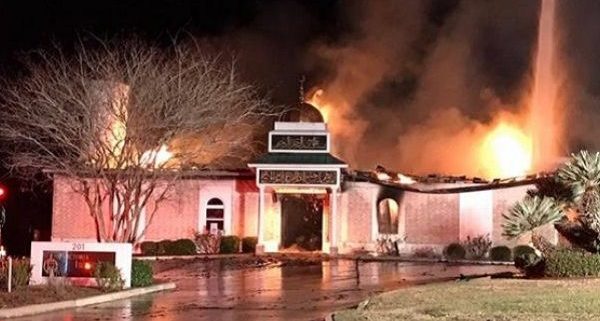 Forcing a point of view with violence is, well, pointless. Last week, fire destroyed a mosque in Texas.  Authorities haven’t cited arson yet, but the site had been a target of vandalism in the past.  During the presidential campaign, a Mississippi arsonist burned his own church’s building as a protest.  Isn’t there a better way to disagree?

Our country is in a season of protests. In our nation’s capital, anarchists try to disrupt the inauguration, women march to protest the new president, and pro-lifers plead for compassion in response to Roe v. Wade.  At times our national conversation is more coarse than discourse.

Lately, I have seen two exchanges among my Facebook friends that acknowledge the need to tone down the rhetoric. In one, “Jack” stated he is an atheist, then recited his positions on issues.  In response, “Jill” stated that she is a Christian, and offered a counterpoint.  Other friends liked the cordial tone.

It was a good idea to let that chat conclude, but let’s unpack the logic. If Jack is right that no transcendent authority exists, then each person’s perspective is just a choice so he must respect Jill’s right to choose.  If Jill is right, she respects Jack’s point of view since God created us in His image with free will.  But both cannot be right on the existence of God or the morality of the issues, despite the post-modern view that opposite claims can both be true.

Oliver Wendell Holms introduced the metaphor “marketplace of ideas” into our jurisprudence of free speech and religion. It conveys the idea that eventually truth will prevail if given air to breathe.  Shouting down or burning down the opposition cannot stifle what is true and right forever.  Christians use this principal by continuing to offer God’s revealed truth and by defending ourselves and religious freedom, but no one need defend Him, His character, or the created order.  A god that exists only by human argument is more terrestrial than transcendent.

Consider this charge from a man that walked with Jesus: “Even if you should suffer for the sake of righteousness, you are blessed.  And do not fear their intimidation, and do not be troubled, but set apart Christ as Lord in your hearts, always ready to make a defense to everyone who asks you to give an account for the hope that is in you, yet with gentleness and reverence (1 Pet. 3:14-15).

The takeaway is that not only does a truthful point of view matter, but also does the manner in which you litigate your case. If you must disagree, do it with gentleness.

Heard In Heaven
Scroll to top