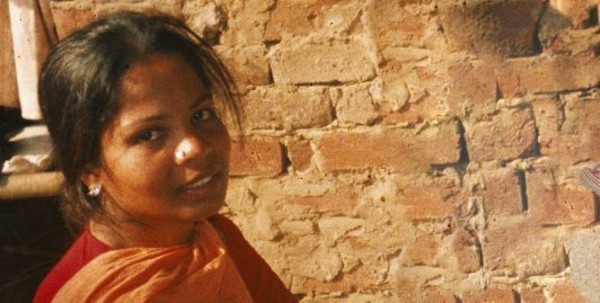 Blasphemy has been in the news of late. It’s a harsh word we tend to avoid in everyday use. A more accessible synonym is “slander,” defined as false and malicious speech against someone. So if blasphemy is false words against God, its antonym could be doxology, true words to God.

Ireland voted in late 2018 to remove blasphemy as a constitutional offence. It became an issue when actor Stephen Fry opined on TV about a god who is mean, stupid, and maniac. The Irish police investigated, and could have levied a fine of 25,000 euros. They dropped the case because not enough people were outraged. I wouldn’t have been either, since I don’t know the god Mr. Fry described. If he was addressing his Creator, I’d suggest that’s between the two of them.

Apparently Pakistan has defended its blasphemy law by pointing to Ireland’s constitution. It’s an issue that has roiled that country, especially concerning the case of a Christian woman, Asia Bibi. Pakistan imprisoned her for blasphemy from 2009 until 2018, when three high court judges acquitted her. Now she and her family are in hiding as vigilante radicals search house to house. She awaits asylum, but not even the country founded on religious freedom has stepped forward. (That’s US.)

A hero of the Christian faith was once a blasphemer, by his own admission. Paul wrote, “I was formerly a blasphemer and a persecutor and a violent aggressor. Yet I was shown mercy because I acted ignorantly in unbelief.” Perhaps Mr. Fry was similarly afflicted. Paul doesn’t dwell on his reckless unbelief. Instead, he speaks of the grace, love, and mercy of God toward the “foremost of sinners” (himself), and his own faith and gratitude to Christ Jesus our Lord. In fact, as Paul writes about the patience of Christ towards him, he becomes enraptured. “Now to the King eternal, immortal, invisible, the only God, be honor and glory forever and ever. Amen!” (1 Tim. 1:12-17)

Did you see what happened there? He abandoned blasphemy and embraced doxology. Wow, do we need more of that in our culture today! You can detect the cultural blasphemies that contradict the truth of God in these: “Male and female He created them.” “A man shall leave his father and his mother, and be joined to his wife.” “You formed my inward parts; you wove me in my mother’s womb.”

How do you sail your ship against these cultural headwinds? Well, first, know what you believe. If you’re not sure, consider the evidence in nature of a Creator God. Next, trust who God has revealed Himself to be, and believe what He says about you in the Bible. Finally, say true words to and about God, from whom all blessings flow to all creatures here below. And pray for mercy.