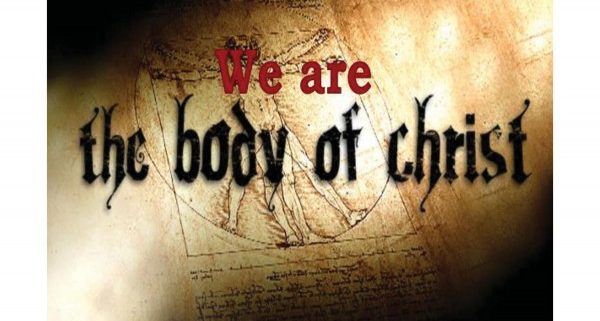 Flying on the wings of Delta somewhere over the Mississippi River last week, I marveled again at how clouds appear from above. I chuckled to myself as I realized how we tend to describe what we cannot touch with what we can.  Clouds really do look like wispy, pulled-apart cotton from topside.  Metaphor, similar, and the “ladder of abstraction” are language tools to communicate an idea from the concrete to the abstract.

Building the church is what Jesus said He would do. Our mistake is to never elevate our understanding of it beyond the visible building, meetings, and programs.  C. S. Lewis used vivid imagery in describing the problem.  In “Screwtape Letters,” he imagined a demon describing the church as “spread out through all time and space and rooted in eternity, terrible as an army with banners.  But fortunately it is quite invisible to these humans.”

Apostle Paul used the human body to explain that believers are the visible part of something larger than themselves. “All the members of the body, though they are many, are one body, so also is Christ.”  He continues, “God has placed the members, each one of them, in the body, just as He desired.”  The outcome of that union is that the members have various roles, we need each other, and we share joys and pains.  To make it startlingly clear, and perhaps no longer a metaphor, he wrote, “Now you are Christ’s body, and individually members of it” (1 Cor. 12).  As nice as civic and fraternal clubs and associations are, only the living church made up of individual members saved by grace through faith, is described as Christ’s body.  Jesus ascended after the resurrection, but he left his followers behind as visual evidence of his remaining presence.

Now what are we to do with that? The body is much better served when believers find common ground with fellow followers of Jesus, rather than focusing on denomination differences.  Jesus urged unity as vital to his mission, praying that “they may all be one, even as You Father, are in Me and I in You, that they also may be in Us, so that the world may believe that You sent me” (John 17:21).  One current challenge to unity may be the proposed change in tax code to allow churches to endorse political candidates.  Churches should have that freedom, but it seems like a recipe for disunity.

In his book, “The Body,” Chuck Colson wrote, “The question of our day is not what then shall we do, but, as always, who then shall we be? Our identity in Christ will dictate our actions.  Our task, first, is to be the church, the bride of Christ, the Body.”  The more we get that right, the less abstract Jesus will be.

Grace Under Pressure
Scroll to top