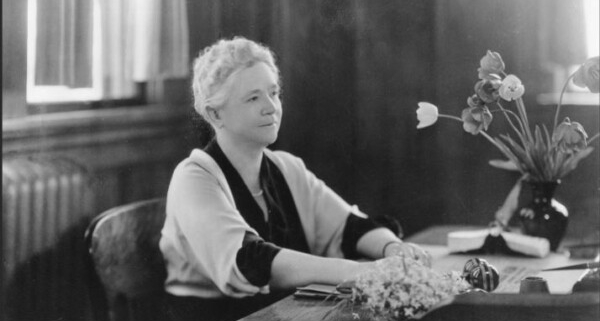 Twin girls born in rural South Georgia during the depression years didn’t have many advantages. But someone took the words of Jesus seriously – and impacted generations.

The physician attending their home birth did not believe the tiny babies would survive. But they did, and at age 15 placed first in their high school graduating class. A librarian who was impressed with their potential and knew their circumstances suggested they apply to Berry College.

Martha Berry’s life spanned the years from the Civil War to WWII. Moved by the plight of children of poor landowners and tenant farmers, she began a Sunday school class on the family property near Rome, GA. That led to her opening first a boarding school for high school education, then Berry College. She offered the opportunity for students to work and earn their tuition, room, and board while receiving an education. She was not offering a handout but rather the dignity of serving others. They farmed, cleaned, and cooked for fellow students and staff.

Berry adopted the motto, “Not to be ministered unto but to minister.” This expression is taken from an exchange between Jesus and the sons of Zebedee. They wanted Him to make them privileged leaders. “You do not know what you’re asking,” He replied. “Whoever wishes to become great among you shall be your servant.” That idea is at the core of the Christian gospel. “For even the Son of man (Jesus) came not to be ministered unto, but to minister, and to give His life a ransom for many” (Mark 10:35-45, KJV). Berry understood that following Jesus means sacrifice and service to others.

In 1950, the teenaged twins took the Nancy Hanks train to Atlanta where they boarded a bus to Rome. Despite intense homesickness, they endured and earned college degrees. One of those girls is my mother. At Berry College, she met my father. With college degrees in hand, the newlyweds began their careers and later their family. Berry’s impact to their children and successive generations was not just to elevate their economic class. It was the legacy of service to others, as taught and modeled by our Savior.

Martha Berry never married. She dedicated her treasure, land, and life to serve others. It was a simple gesture when she sat down with a few poor kids to teach them Bible stories. She couldn’t have known how that one act of obedience would change not only their lives, but hers also.

Here is your takeaway. If you want to live a meaningful life and leave a generational legacy as a powerful rejoinder to our era’s unapologetic selfishness, then believe and follow Jesus. That means living by His words, “not to be ministered unto but to minister.”

The Hug
Scroll to top