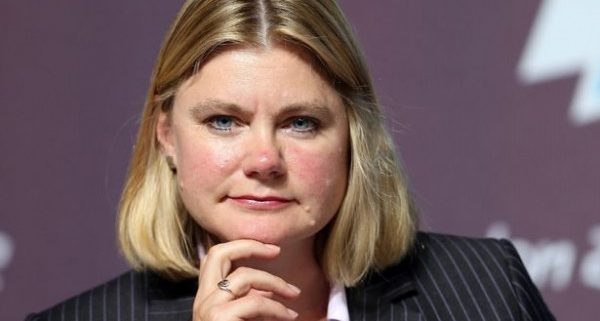 God and His believers need to change.  So say the politicians.  Such hubris is not entirely theirs, as “politics is downstream of culture,” per Chuck Colson.

British MP Justine Greening, in addressing education reform said, “It is important that the church, in a way, keeps up and is part of a modern country.”  She added, “I think people do want to see our major faiths keep up with modern attitudes.”  A former candidate for U.S. President said, “Deep-seated cultural codes, religious beliefs and structural biases have to be changed.”

Why the push to change beliefs?  The proximate cause is morality.  Behind that is the belief that science alone speaks truth.  David Berlinski’s syllogism is: “If God does not exist, then everything is permitted.  If science is true, then God does not exist.  Therefore if science is true, then everything is permitted.”  Jean-Paul Sarte concludes, “As a result man is forlorn, because neither within him or without does he find anything to cling to.”

The culture has shifted, painfully, and God is in the way.  It has a place for spirituality, but not the sin-savior-sanctification of Christianity.  Hence revisionist movement, even within the church, to demur from truth, morality, and the nature of God as revealed in the Bible.  Shall we change God or shall He change us?  “He who falls on this stone will be broken to pieces; but on whomever it falls, it will scatter him like dust” (Matt. 21:44).  We come to the ancient cornerstone as He is, not as we imagine He should be.  It is we who need breaking.

In a world that has forgotten how to blush, God hasn’t moved and He doesn’t change.  Truth is eternal and so is His character.  “I, the Lord do not change” (Mal. 3:6).  “The grass withers, the flower fades, but the word of our God stands forever” (Is. 40:8).  Jesus said, “Heaven and earth will pass away, but My words will not” (Matt. 24:35).  Our challenge is to “contend earnestly for the faith which was once for all handed down to the saints. For certain persons have crept in unnoticed…who turn the grace of our God into licentiousness” (Jude 1:3-4).  Do you notice?

Zygmunt Bauman coined the term “liquid modernity” to describe the increasing pace of societal change as people travel through life like tourists, changing jobs, spouses, identity, and morality.  Rod Dreher’s “Benedict Option” calls for Christians to build “a way of life that stands as an island of sanctity and stability amid the high tide of liquid modernity,” which is now upon us.

As you respond to the ruckus around you, cultural refugees seeking that sanctity and stability will find Jesus’ merry band of believers ready to take them in.  Are you ready to be part of that?  “Blessed are the people whose God is the Lord” (Ps. 144:15), who does not change.