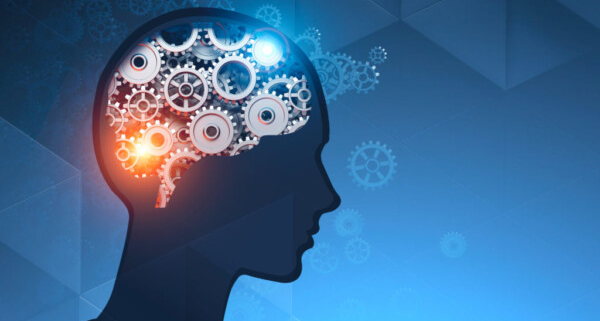 Do you consider yourself a thinker? Be careful with that because neuroscientists say your brain processes far more unconscious thoughts than conscious. So, you may not even be aware of what you are thinking or why. You may not be thinking clearly.

Cognitive bias is another term for fast-thinking shortcuts. The human brain is lazy and prefers to seek patterns rather than doing the hard work of processing new information and re-evaluating prior conclusions. Modern neuroscience seeks to understand this phenomenon, but it’s always been part of the human experience. We can see it in Jesus’ ministry 2000 years ago.

Jesus encountered confirmation bias. This is when you interpret information in a way that supports your prior beliefs. Demonstrating His divine power Jesus made a blind and mute man see and speak. The crowds were amazed. But despite this new information, some still refused to believe Jesus is God the Son. They reinterpreted what they saw with their own eyes. “This man casts out demons only by Beelzebul, ruler of the demons.” Jesus pointed out the illogic saying, “Any house divided against itself will not stand” (Matt. 12:22-29). What evidence would change your doubt about Jesus into faith? Think about it. You have everything to gain.

Jesus also encountered the anchoring bias, which is relying only on the first information you receive. After He fed thousands of people with five loaves and two fish, some followed Him because they were anchored to the free food. “You seek Me,” Jesus said, “because you ate of the loaves and were filled.” He tried to get them to move beyond that. “I am the bread of life,” He said. “Everyone who beholds the Son and believes in Him will have eternal life” (John 6). Are you anchored to incomplete first impressions? There’s more to truth than the pain a Christian might have caused you. There’s more to God’s love if you have yet to accept His offer of a new identity in Christ.

The third cognitive bias I’ll mention is the bandwagon effect. That’s finding comfort in believing what everyone else does, going along with the crowd. In His home synagogue, Jesus read a powerful prophecy about the promised Messiah (Isa. 61) then said, “Today this scripture has been fulfilled” (Luke 4:21). They all became enraged that He claimed to be the Messiah and led Him out intending to throw Him down a cliff. Just because lots of folks agree doesn’t make it true. “The way is narrow that leads to life,” Jesus said, “and few find it.” (Matt. 7:14).

Honest thinkers analyze their thoughts for biases and incomplete conclusions. They don’t mind being in the minority. When it comes to answering ultimate questions about God, faith, eternal destiny, and yourself, use your God-given ability to think clearly. Don’t be victimized by cognitive bias.

Thanks for Everything
Scroll to top