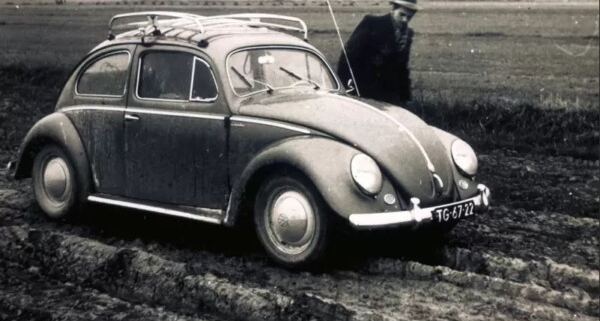 Show me a life of purpose and meaning, and I’ll show you a life of courage and sacrifice. Note that these two traits exist only in the presence of adversity.

While recuperating from a war injury, Andrew van der Bijl read a Bible to pass the time. That led him to believe in Christ Jesus. In the early cold war years, he began to smuggle Bibles into communist countries. His associates began to call him “Brother Andrew.”

Once, he stopped his Volkswagen in a line of cars at the Romanian border. He watched for hours as the guards ransacked the vehicles in front of him. After praying for a miracle, in a counter-intuitive move he placed some Bibles out in the open. Then it was his turn. He pulled the car forward and stopped. The guard glanced at his passport and waved him through, only to stop the next car and resume the ransacking. From that experience Andrew learned to pray, “Lord, You made blind eyes see. Now make seeing eyes blind.”

Over the decades Andrew’s ministry changed, but it always involved staring down adversity with courage and sacrifice. In recent years, he built relationships with leaders in the Muslim world, including Hamas. He spoke about Christ with them and prayed for them. “We know you love us because you come when no one else will,” one told him. The leader of Islamic Jihad sent a cryptic note after one visit. “I pray that God will give us the possibility to unite with you and the Christ.” Perhaps he had a life-changing dream about Jesus, as is widely reported among Muslims.

In Andrew’s mind, he only did what all Christians do – follow Jesus in the unique ways He calls us. “The Bible is full of ordinary people,” Andrew said, “who went to impossible places and did wondrous things simply because they decided to follow Jesus.” He rightly believed that every believer is called. “The real calling is not a certain place or career but to everyday obedience. And that call is extended to every Christian, not just a select few.”

This is in keeping with Jesus’ explanation of the ordinary Christian life. “If anyone wishes to come after Me, he must deny himself, and take up his cross daily and follow Me. For whoever wishes to save his life will lose it, but whoever loses his life for My sake, he is the one who will save it. For what is a man profited if he gains the whole world, and loses or forfeits himself?” (Luke 9:23-25).

Brother Andrew’s work attracted like-minded people and continues as a ministry called Open Doors. He found purpose and meaning from a life of courage and sacrifice. In September 2022, he departed for the land of the living. He was 94.