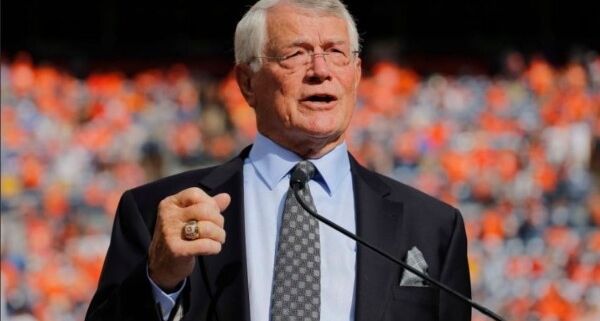 In the grand scheme of things, it was a small act of defiance.  A “first world problem” as some would say. But it speaks volumes about Dan Reeves.

Reeves was a native Georgian, raised in Americus. He spent 38 years in the National Football League as player and coach, including a stint with the Atlanta Falcons. His participation in nine Super Bowls speaks to his success. But football was not his highest priority in life.

Reeves professed faith in Christ at an early age. He found a way to express that faith through the Fellowship of Christian Athletes (FCA). “In 1965, when I was a rookie for the Dallas Cowboys,” he said, “Coach (Tom) Landry was one that helped start FCA. Since he was involved with it, I started doing some things with the FCA.” FCA President Shane Williamson acknowledged Reeves’ participation over the years, calling him “a man of integrity, an amazing coach, committed husband and father and a great partner and friend to FCA. Generations of players are better men, husbands, fathers and leaders due to the influence Coach Reeves has had on their lives.”

Now let’s go behind the scenes to the night before Super Bowl XXII between Denver and Washington. Head coaches Reeves and Joe Gibbs planned to lead a Christian devotional for both teams’ players interested in attending. NFL commissioner Tagliabue found out about it. “You can’t do that,” he said. “It just doesn’t look right, with two teams that are going to play in the Super Bowl having a devotional the night before the game.” Reeves defied Tagliabue. “We were Christians before the Super Bowl,” he explained later, “so we went ahead and did it. You still compete and go out and play as hard as you can the next day.”

Reeves lived by and spoke about his priorities in life. “Jesus Christ is first, others are second, I am third.” You can trace this to Jesus’ words, “Seek first His kingdom and His righteousness” (Matt. 6:33). This is a call to prioritize faith in Christ as the only way to enjoy a right standing with God. Another Reeves saying was, “You can tell the character of a man by how he treats those who can do nothing for him.” That Christian ethic is rooted in this: “With humility of mind regard one another as more important than yourselves. Do not merely look out for your own personal interests, but also for the interests of others” (Phil. 2:3-4).

Reeves enjoyed pointing out that his greatest achievement in high school was getting a freshman cheerleader, Pam White, to go on a date with him. In 2022 after 57 years of marriage, she watched him slip away from the land of the dying into the land of the living. He was 77.