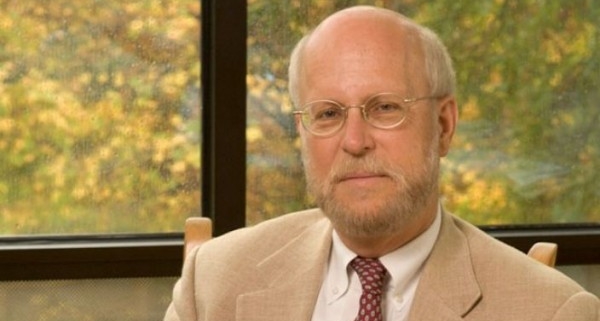 The word “disruptive” comes to mind when I learn of someone who does not go along with the crowd. They stand out because they’re different, hopefully in a good way.

I recently became aware of a University of Georgia professor, Henry Schaefer. He is the Graham Perdue Professor of Chemistry and Director of the Center for Computational Chemistry. He’s a graduate of MIT and Stanford, and is a pioneer in his field. He’s also disruptive.

As an eager young professor in 1978, his research demonstrated that a Nobel Prize-winning chemist was wrong. He has since published over one thousand scientific research papers.  In 2004, scientists convened for a week-long conference in Korea to review and celebrate his work. He has directed over 100 doctoral students who are now professors all over the world. He is disruptive because his use of computers in chemistry caused scientists to think and research differently.

Dr. Schaefer is disruptive in another way. Many of his colleagues in the lofty airs of the academic community are proponents of scientific materialism (physical matter is all there is) and evolution (random mutations and natural selection explain life). He disagrees. In fact, he is an outspoken Christian. “There is no plausible scientific mechanism for the origin of life, i.e., the appearance of the first self-replicating biochemical system,” he says. “The staggeringly high information content of the simplest living thing is not readily explained by evolutionists.”

Dr. Schaefer speaks around the world and explains his greatest discovery. “In 1973, I discovered the Jesus Christ of history, the Jesus whose life is described on the pages of the New Testament.” He says, “I discovered that the resurrection of Jesus is not only historically true, but that it’s one of the best-attested facts in all of ancient history.” In 2003, he published his talks in a book, Science and Christianity: Conflict or Coherence?

Are science and faith in conflict? That’s certainly what some would have you think. It matters because humans are born with ultimate questions of origin, meaning, morality, and destiny. To trust only science for answers is to make it something like a religion. The irony here is that modern science developed because early scientists assumed an intelligent creator. Now we know the universe had a beginning, is fine-tuned for life, and contains genetic information to make life possible – all evidence for a creator who is not part of the material world.

That leads to the Jesus Dr. Schaefer discovered. “By Him all things were created, both in the heavens and on earth, visible and invisible…all things have been created through Him and for Him. He is before all things, and in Him all things hold together” (Col. 1:16-17). You have reasons to believe that, even if it’s disruptive.

Religion or Relationship
Scroll to top