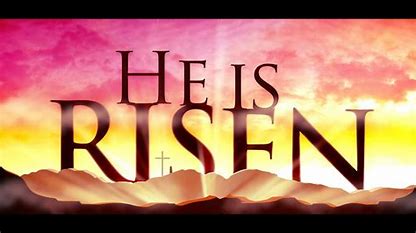 If you ever doubted the resurrection of Jesus Christ, that’s understandable. The central feature of the gospel is also the most challenging. In fact, Thomas followed Jesus for years and heard Him explain the resurrection, yet Thomas couldn’t get his head around it.

When his friends said, “We have seen the Lord!” Thomas didn’t say, “Sure, Jesus will always be alive in our hearts because we remember him fondly.” He didn’t assume they were hallucinating in their collective distress or were describing a “spiritual” resurrection. No, he wanted real evidence for a physical resurrection. “Unless I see in His hands the imprint of the nails…and put my hand into His side,” he said, “I will not believe.”

Jesus heard him and waited eight days. Then it was Thomas’ moment. Jesus appeared and told him, “Reach here your hand and put it into My side, and do not be unbelieving.” He invited Thomas to see and touch His physical body. Overwhelmed Thomas exclaimed, “My Lord and my God!” (John 20:24-29).

Today, doubters deny the physical resurrection by appealing to science and naturalism, and thereby dismiss the entire gospel of Christ. Medical science says no mechanism exists by which someone dead for three days can live again. Naturalism assumes that the material is all there is (an a priori argument). That assumption doesn’t work – scientists keep advancing naturalistic hypotheses about origins apart from a pre-existent mind, and prove none. But to the point, “Christians do not claim that Jesus rose by some natural mechanism,” John Lennox writes. “They claim that God raised him from the dead. And if there is a God, why should that be judged impossible?” The God who creates also resurrects.

The physical resurrection of Jesus Christ matters. “If it is true, it is the supreme fact of history,” Norman Anderson writes, “and to fail to adjust one’s life to its implications means irreparable loss.” This can be your moment to adjust from doubt to belief. As Jesus told Thomas, “Blessed are they who did not see, and yet believed.” Was He talking about you?

Love vs. Power
Scroll to top