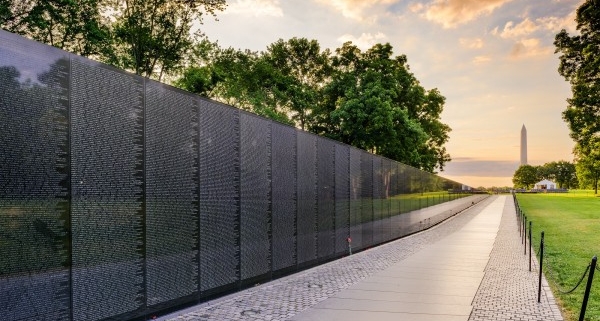 Americans set aside Memorial Day to remember and honor soldiers who died while defending our country and freedom.  It is a worthy cause.

From what I read, several streams of practice and thought contributed to the formalizing of this national holiday in 1971.  One of those streams originated with Elizabeth Rutherford Ellis (d.1873) of Columbus, Georgia. She famously made her appeal for a widespread remembrance of the dead by publishing an anonymous letter in various newspapers.  In it she declares her purpose. “We cannot raise monumental shafts, and inscribe thereon their many deeds of heroism, but we can keep alive the memory of the debt we owe them, by at least dedicating one day in each year to embellishing their humble graves with flowers.”  The memorial was not for the dead, but for the living to acknowledge a great debt for what someone did for them.

Such a purpose for a memorial is not foreign to the Bible.  After the people wandered in the wilderness for 40 years, the time came for them to cross the Jordan River.  Even though the river was at flood stage, “the waters which were flowing down from above stood and rose up in one heap, a great distance away…and those which were flowing down toward the Salt Sea were completely cut off.”  To memorialize the event, God told them to carry 12 river stones to their new lodging place saying, “Let this be a sign among you.”  When the children ask “What do these stones mean?” their parents could explain what happened (Josh. 4).  In this way the people would remember their great debt to God for the Jordan River crossing.

But God’s greatest act in human history was yet to come.  When Jesus was preparing His disciples for his imminent, sacrificial death, He gathered them in the upper room for the Passover meal.  As He broke the bread and shared the cup, He told them to remember His broken body and the new covenant.  To repeat this memorial is to “proclaim the Lord’s death until He comes” (1 Cor. 11:23-26).  Jesus’ death is worth proclaiming because it can “cleanse your conscience from dead works to serve the living God. For this reason He is the mediator of a new covenant” (Heb. 9:14-15). What a death and life to memorialize!

Life naturally provides opportunities to pause and reflect on the past.  A birthday, anniversary, birth, death, New Year or Memorial Day can have that effect.  We reflect because we want to find meaning in life and to apply the lessons of the past to today.  Nothing wrong with that.  But the most profound memorial is one that reminds you not only of things God has done for you in the past, but of what He has done to secure your eternal future.

Not Seeing, Believing
Scroll to top