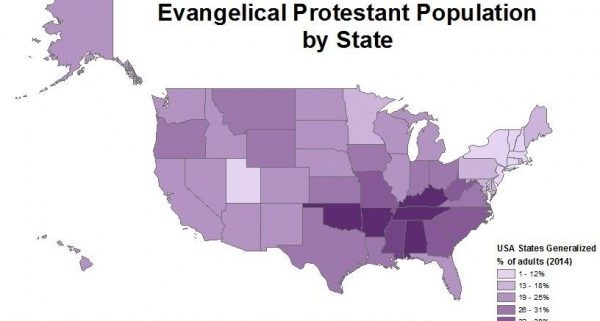 Voting evangelicals are quite interesting to political scientists. One reason is that evangelicals comprise 25 to 35 percent of American adults.  Just who are these evangelicals?

Christians are considered evangelical in three ways: how we self-identify, what church we attend, and what we believe. Anyone can claim the label, and no definitive list of evangelical churches exists, so the most precise way to determine an evangelical is by beliefs.

The National Association of Evangelicals and Lifeway Research developed a method to measure evangelical beliefs using four statements. If you strongly agree with these statements, they consider you an evangelical.  Here they are:

2. It is very important for me personally to encourage non-Christians to trust Jesus Christ as their Savior. One of Jesus’ last utterances in the flesh was, “Make disciples of all the nations, baptizing them in the name of the Father and the Son and the Holy Spirit” (Mat. 28:19). Followers do what the leader says.

3. Jesus Christ’s death on the cross is the only sacrifice that could remove the penalty of my sin. The Hebrew prophet foretold a suffering servant who would be crushed for our iniquities (Is. 53:5). Peter confirmed that servant was Jesus.  “Christ died for sins once for all, the just for the unjust, so that He might bring us to God” (1 Pet. 3:18).

4. Only those who trust in Jesus Christ alone as their Savior receive God’s free gift of eternal salvation. Defending his preaching about Jesus, Peter said, “there is no other name under heaven that has been given among men by which we must be saved” (Acts 4:12). It is a free gift, received by faith (Eph. 2:8).

Exit polls in 2016 indicate that evangelicals do not agree on politics. But we do agree that in Christ “There is neither Jew nor Greek, slave nor free, male, nor female” (Gal. 3:28).  And no democrat or republican.  Our unity is not in our politics, but this:  When we consider what Jesus alone has done for us as described in the Bible, it lifts our hearts heavenward, and compels us to share that good news with anyone who will listen.  Such is the life and belief of an evangelical.