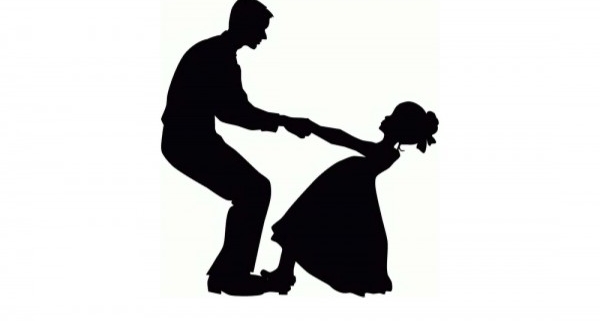 My “poll” question for this Father’s Day was, “Describe a time when your dad made you feel protected, provided for, or rescued.”  Here you go:

“As a young adult, I signed a lease that was a bad deal for me.  I don’t know what he said to the landlord, but he got me out of it.”

“One night after an event in town, my friends played a horrible joke on my dad, calling to tell him I’d been kidnapped.  He tore the town apart looking for me.  He cried when he found I was safe all along.”

“We were in the barn during a storm.  I heard a loud noise and the next thing I knew, I was being snatched up from the floor.  As I regained my senses from the lightning strike, my dad was holding me up.  “Are you ok?”

“We knew an escaped prisoner was in our area.  One evening my sister caught him peeping in the window.  Daddy and a friend chased that man down and caught him.”

No dad is perfect, but many of us thought he was when we were little.  As we age, we recall the good times and can appreciate him despite his flaws.  For those who had no loving father, all is not lost, for the best of fatherhood resides in One who is always there.  Gene Edward Veith (Patrick Henry College) writes, “Earthly fathers have certain remote similarities to Him.  The essence of fatherhood is found in God, not in human beings.”

The Bible says, “You have received a spirit of adoption as sons by which we cry out, ‘Abba! Father!’   The Spirit Himself testifies with our spirit that we are children of God, and if children, heirs also, heirs of God and fellow heirs with Christ, if indeed we suffer with Him so that we may also be glorified with Him.  For I consider that the sufferings of this present time are not worthy to be compared with the glory that is to be revealed to us” (Rom. 8:15-18).  Our heavenly Father knows we suffer in this fallen world.  But in that suffering He reveals that the present time inevitably yields to the glory of eternity.

I saved the most poignant story for last.  “My sister was killed in a car wreck caused by another teenager in our small town.  Our father went before the grand jury to plead leniency.  ‘We have lost one child of this community.  We should not ruin another child’s life with a conviction.’  I don’t know how to describe that gift.  I can’t say enough about what a generous heart it takes for such a thing.”

He was willing, and acted to rescue the guilty one who caused the death of his own child.  That dear reader is the heart of God, our Father.

His Story
Scroll to top