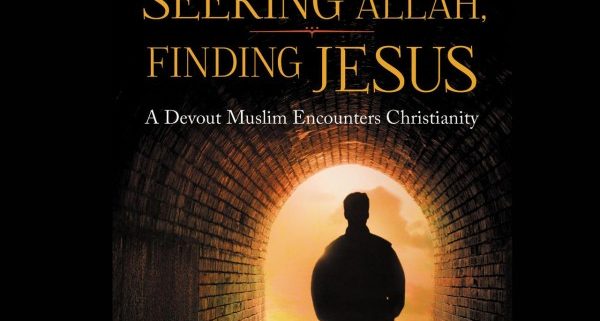 In March of this year, in the aftermath of the terrorist bombing in Brussels, a new face appeared in the American media.  Because he had just released his latest book Answering Jihad, both TV and print media sought out Dr. Nabeel Qureshi to comment.

Dr. Qureshi is certainly in a position to speak to these issues, having been raised a Muslim. His biographical work, Seeking Allah, Finding Jesus, documents his struggle to find the truth about God and faith.  He is a medical doctor, with master’s degrees in Christian Apologetics and Religion, and is currently pursuing a doctorate in New Testament at Oxford.

Born in 1985 in California, Dr. Qureshi spent most of his high school and college years in Virginia.  His father, a retired U.S. Navy officer, and his mother are devout Muslims of the Ahmadiyya sect.  They trained their son not only to follow that religion, but to be a spokesman for it.

But as he began to seriously seek the truth about life and God, he had questions about those teachings. At first his questions were private, and out of love and respect for his parents, he dared not mention them.  As a college freshman, he became close friends with a young Christian man, despite their cultural and religious differences.  For the next three years, these friends engaged in a respectful and honest exchange about the truth claims and evidences for their respective religious views.  Nabeel eventually accepted the challenge to simply ask God who He really is.

In response to that prayer, Nabeel experienced three highly symbolic dreams that convinced him that God was calling him to accept the gospel of Jesus. Though painfully aware of the risk to his family relationships, he eagerly began to find God in the Bible.  His search culminated as he read Jesus’ words, “Whoever loses his life for my sake will find it,” and at the age of 20 he prayed, “I submit that Jesus Christ is Lord.”

I introduce you to Dr. Qureshi as an example of, “My Father is working until now” (Jn. 5:17). Like Saul’s Damascus Road experience, the risen Christ found an unlikely convert, and changed the trajectory of his life.  Jesus not only convinced him of the gospel, but also moved Dr. Qureshi to abandon a medical career to give his life explaining and defending the Christian faith.

In 2014, I had the privilege of speaking in person with Dr. Qureshi for a few moments. I thanked him for his courage in embracing the truth he found in Christ.  I promised to pray for his safety as he declares Christ’s love and forgiveness, a message that so many in our world would not hear.  From this pen to God’s ear!

Perspective on the News
Scroll to top