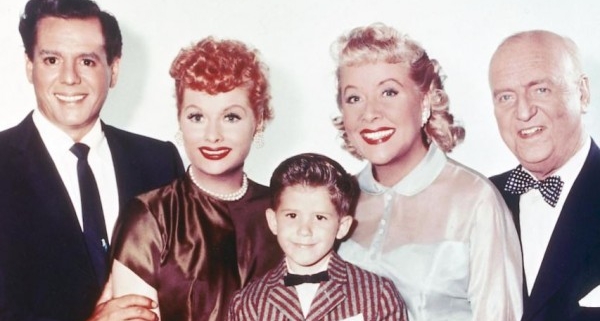 I thought Little Ricky on the “I Love Lucy” show was the son of Lucille Ball and Desi Arnaz. Not true. His name is Keith Thibodeaux. Keith’s life almost became a far worse Hollywood tragedy than mistaken identity.

Arnaz selected him for the popular show in 1955 because he could play the drums. Later, he made appearances on “The Andy Griffith Show” as Opie’s friend Johnny Paul. As he aged, Keith began to realize his good fortune. He asked his father, “Why did God pick me to do this?” His father answered, “God’s got a purpose for you.”

That line can a platitude, a throw-away response from someone who doesn’t know what else to say. But that doesn’t make it less true. That thought became a lifeline to Keith after his parents divorced due to his father’s infidelity. He was angry at his father, show business, Hollywood, and ultimately at God. He turned to the party scene and the occult. He admits he began to hear tormenting, suicidal voices.

At the point of despair, Keith thought about God’s purpose. He prayed, “If you’re real, if you take me out of this mess I’ve made of my life, then I’ll serve you.” He attended a church service and had an intense experience. Sensing he was in the presence of Jesus, he felt unworthy because of his sinful lifestyle. He felt the Lord saying, “That’s why I died.” That day, he placed his faith in Jesus as his Savior. He said, “I had a whole new perspective on who Jesus is and what He did for me on the cross in dying for my sins, taking my sins.”

At the time, he was the drummer for the rock band, David and the Giants. He shared his faith with them and they also trusted Christ. In 1977, they became a Christian band. Keith married dancer Kathy Denton, and in 1986 they founded Ballet Magnificat!, a Christian outreach ministry. His search for purpose begun as a child bore fruit in his life as an adult.

What is your ultimate purpose? The Bible says you are “created in Christ Jesus for good works which God prepared beforehand.” (Eph. 2:10). It says, “He who abides in me and I in him, he bears much fruit” (John 15:5). The Westminster Shorter Catechism teaches your purpose is “to glorify God and to enjoy Him forever.” Taken together these mean you find fruitful purpose by abiding in Christ, which glorifies God and brings joy into your life.

Looking over his life Keith concludes, “God has used dance, he’s used Ballet Magnificat, he’s used David and the Giants to change people’s lives, through what the Holy Spirit does through us. It’s all about Jesus.” If “Little Ricky” can find purpose, so can you.

Fair and Just
Scroll to top