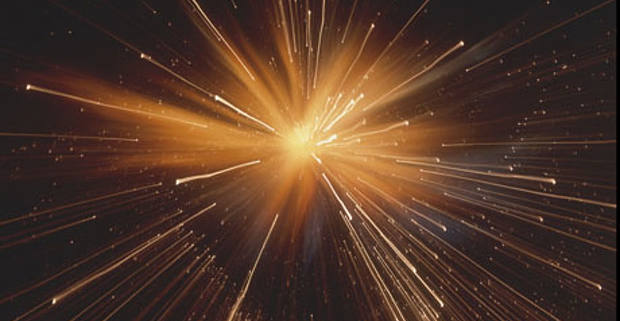 Suppose that you were the intended victim of a firing squad and thousands of attempts were made to dispatch you, but instead you walked away unharmed. Wouldn’t you be inclined to wonder if something had been arranged on your behalf?

Such is the question raised by astrophysicist Martin Rees. In his book “Just Six Numbers,” he describes vital parameters in the universe and how they must be precisely fine-tuned for it to exist.  For example, he explains that if the expansion of the universe were too slow, gravity takes over and it collapses; if too fast, it’s just a gas with no complex chemistry and no possibility of life.  But somehow, it’s arranged to be just right.

Astronomer Fred Hoyle remarked, “A common sense interpretation of the facts suggests that a superintellect has monkeyed with physics, as well as with chemistry and biology, and that there are no blind forces worth speaking about in nature. The numbers one calculates from the facts seem to me so overwhelming as to put this conclusion almost beyond question.” Notably, he also admitted that his atheism was shaken.

I can see why. Scientists calculate that the chances that such fine-tuning would happen randomly are 1 in a million billions.  These chances are roughly the equivalent of looking for a specific single grain of sand from among all the beaches on the earth. Given that miniscule chance, the elephant-in-the-room question is could the universe arrive at these finely-tuned parameters with no arranging?

If it did, then outspoken atheist Richard Dawkins would be right. He wrote that in a universe without a Maker, “some people are going to be hurt, some will be lucky, and you won’t find any reason in it, or any justice.  The universe we have is what you would expect if there is no design, no purpose, no evil, no good, nothing but pitiless indifference.”  Note the absolute hopelessness for the human condition.  No arrangements.

Christianity makes sense of the world as we experience it, answering questions raised by science. “Since the creation of the world, God’s invisible attributes – His eternal power and divine nature – have been clearly seen, being understood through what has been made, so that (people) are without excuse” (Rom 1:20).  Oxford mathematician John Lennox said, “God is not an alternative to science as an explanation. He is not to be understood merely as a God of the gaps. He is the ground of all explanation: it is His existence which gives rise to the very possibility of explanation, scientific or otherwise.”

We are “fearfully and wonderfully made” (Ps. 139:14) and not meant to be lost in the chaos of a pitiless existence. We identify with our Maker through Jesus Christ, the best arrangement of all!

Faith for the Future

God Is Fixing This
Scroll to top