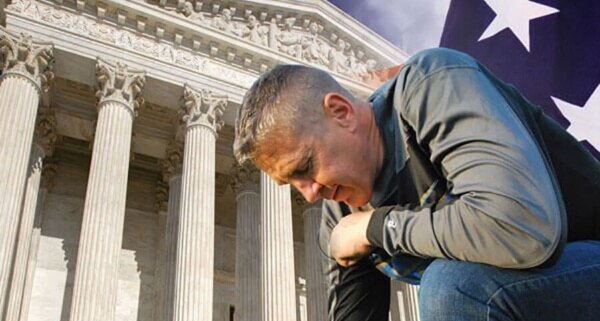 The U.S. Supreme Court continues to wrestle with religious freedom. That’s no surprise, given the secular trajectory of American culture.

The latest case involves Joe Kennedy, a high school coach in Bremerton, WA. His practice of praying on the field after football games cost him his job.  Previous cases include Jack Phillips from Lakewood, CO and Baronelle Stutzman from Richland, WA. They faced civil penalties for refusing to violate their deeply-held religious beliefs in the conduct of their businesses.

Religious freedom is the first freedom in the Bill of Rights. The founders believed Congress should neither establish a state religion nor prevent citizens from practicing their faith. On this principle the other freedoms stand. It’s the bellwether freedom, the canary in the coalmine. If America cannot find the fortitude to protect this freedom, the others are in jeopardy as well.

Religious freedom is for everyone and is rooted in the Christian worldview. In his book, Liberty in the Things of God, Robert Wilken points to three supporting Biblical themes. Faith is accountable only to God and cannot be compelled; faith carries an obligation to act; and human affairs are governed by both God and the state. These themes call for religious freedom and are worth a closer look.

Jesus doesn’t compel. He invites. “Come to Me, all who are weary and heavy-laden, and I will give you rest” (Matt. 11:28). If it’s coerced, it’s not authentic. God knows if faith is authentic. “No creature is hidden from His sight” (Heb. 4:13). You are accountable to God for what you believe, not to government or cultural watchdogs.

Beware the term “freedom to worship,” a stealthy redefinition of religious freedom. It limits faith to private practice or a house of worship. The Christian faith is personal but not private. It is an obligation to act in public. “Faith, if it has no works, is dead (Jas. 2:17). When the authorities tried to compel the disciples to change their public actions, Peter replied, “We must obey God rather than men” (Acts 5:29).

God grants government the authority to keep public order (Rom. 13:1-7). Jesus acknowledged government’s role when He said, “Render to Caesar the things that are Caesar’s; and to God the things that are God’s” (Matt. 22:21). So, God’s ideal is that you are a faithful believer and a good citizen of a country that restrains evil. Religious freedom is good government. I pray the U.S. Supreme Court knows that.

To make this personal, the erosion of religious freedom cannot prevent you from believing (e.g., Christians in China, Iran, North Korea). The good news is that you have every reason to place your faith in Christ Jesus, receiving the forgiveness, peace, and hope that He gives. Faith in Christ means freedom from the penalty of sin. To believers, that is our first freedom.

Forgiven and Reconciled
Scroll to top