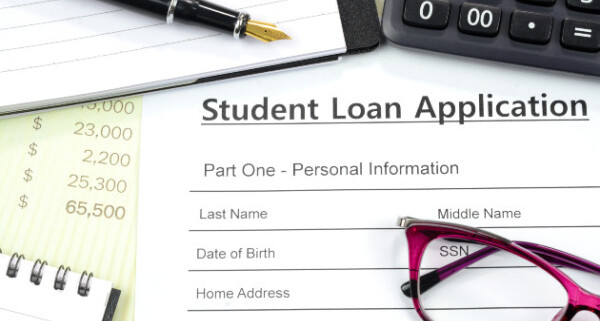 Forgiveness is in the news. The president decided that the federal government should forgive $10,000 of student loan balances.

I’m not interested here in the politics of that move. I do note how the level of student loans has changed in my lifetime. I graduated from university with a student loan debt equivalent to 40% of my starting salary. That was serviceable. Some time back, I tuned in to a radio call-in program. A young lady wanted advice on paying her student loans. She had recently graduated in graphic arts and landed a job in her field. Her loan was 400% of her starting salary. She needed help. She could not repay that level of debt.

How would you feel if you incurred a debt you could not pay? That was the tact Jesus took in answering Peter’s question, “How often should I forgive my brother?” True to form, he told a story. A king had a servant who owed more than he could repay in a lifetime. That being the case, the king considered harsh terms against the servant and his family. When the servant pled his case, the king “felt compassion and released him and forgave him the debt.” Jesus’ point was that you have no hope to repay your sin debt to God. So, when you receive His forgiveness by faith, you will know what it means to forgive others when they sin against you (Matt. 18:21-35). No one can offend you more than your sin offends a holy God.

God created each one of us with a sense of right and wrong, a moral law you might say. That is how you incur debt to Him. You are not perfect. “Christianity tells people to repent,” C. S. Lewis writes, “and promises them forgiveness. It has nothing to say to people who do not know they have done anything to repent of and who do not feel that they need any forgiveness.” You must know just how deep in debt you really are before you can appreciate that God’s forgiveness is deeper still.

That young lady I mentioned understood her desperate situation. The radio host offered some predictable suggestions, like look for a better-paying job, move in with her parents, or sell her car. But what if, in the moment that she realized what she had done and expressed deep remorse, the radio host offered to pay her debt in full? He would be committing his own resources to settle a debt he did not owe, on behalf of someone who had a debt she could not pay. That sounds like what Jesus did.

“In Him we have redemption through His blood, the forgiveness of our trespasses, according to the riches of His grace which He lavished on it” (Eph. 1:7-8).

The Meaning of Hope

Pursuit of God
Scroll to top