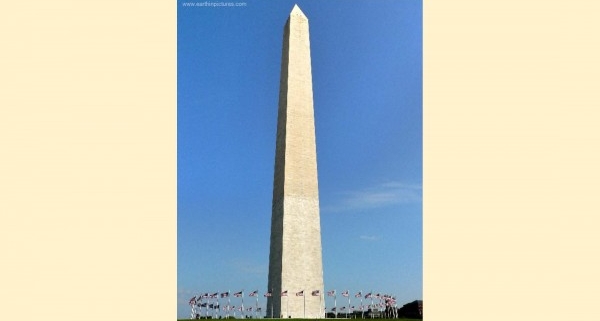 “Washington monument hailed as obelisk to Moloch.  Gathering planned this Sunday.”  If that were a real headline, the idolatry would be easy to spot.  Yet modern idolatry is a thing, and can be rather subtle.

Take politics.  In certain quarters, the ideal is free healthcare, free college education, and universal basic income.  In this system, utilities and transportation systems become public resources, and the economy is planned by elites while corporations are panned as evil.  Others can debate the pros and cons of such.  My point is that this system looks to government as a kind of god.

Nietzsche declared that modern man had killed God, so only manmade systems remain. In response Francis Schaeffer explained, “A person can erect some sort of structure in which he lives, shutting himself up in that frame and not looking beyond it.  It can sound high and noble, such as talking in an idealistic way about the greatest good for the greatest number.”  Idealism and noble words are no substitute for self-evident truths.

Our Founders said that we are endowed by our Creator with unalienable rights, and government derives its just powers from the consent of the governed.  In other words, the government answers to the people, and the people answer to God.  Yet the 20th C. brought a stunning shift toward secularism, which removes God and reverses the others so that people answer to the government.  This makes the state an idol with godlike powers to decide issues of morality, freedom, and human value.

Nations can be deceived by subtle idolatry, and so can individuals.  The early church father Origen said, “What each one honors before all else, what before all things he admires and loves, this for him is God.”  Billy Graham preached, “We worship ourselves, the things we’ve created and made with our hands.  Materialism!  All of these have become gods.  Sex is a goddess.  These are the modern gods.”  John Stonestreet alliterates the idols of our day as “sex, self, state, science, and stuff.”

The Bible gives reasons to worship God.   He is good.  He accomplishes his purposes in the affairs of men and nations.  He is eternal.  He judges with compassion.  It also warns of idols:  “Those who make them will be like them.” (Psa. 135:1-18).  Worship changes you, and everyone worships something or someone.  Joshua sounds the clarion call of the ages.  “Choose for yourselves today whom you will serve!” (Josh. 24:15).

St. Augustine famously said, “Our hearts are restless until they find their rest in You.”  He who is revealed as one God in three Persons has formed you for Himself.  As you worship Him with your life, He molds you into the image of the Son, fills you with His Spirit.  Find your rest as you worship God alone.