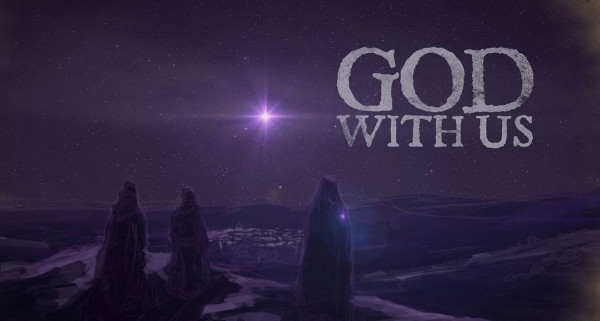 “I’ll Be Home for Christmas” would be an ironic, painful reminder to the families of servicemen Ross, Emond, and Elchin.  On November 27, a roadside bomb in Afghanistan ended their lives.  On behalf of a grateful nation, Vice President Mike Pence offered a ministry of presence to the relatives as the remains returned to Dover Air Force Base.

Pain and suffering are ever present, even during holidays.  Depression and suicide are on the rise as are drug overdoses, per a CDC report this year.  Loneliness is a major cause.  If ever there was a time for ministry of presence…

“The virgin shall be with child and shall bear a son, and they shall call His name Immanuel” (Mat. 1:24).  Jesus entered our suffering world as “God with us.”  Dorothy Sayers wrote, “For whatever reason God chose to make man as he is – limited and suffering and subject to sorrows and death – He had the honesty and the courage to take His own medicine.  He has kept His own rules and played fair.  He can exact nothing from man that He has not exacted from Himself.”

Alister McGrath adds, “The God who created the world knows and shares in its suffering.  God has already entered into the value of suffering that we call ‘history,’ and borne its costly and baleful weight.  God stepped into a fallen world and suffered its pain.”  God is not detached from your suffering.  He has been there, and He loves you.

“God causes all things to work together for good” (Rom. 8:28) even when you don’t understand it.  Tim Keller wrote, “With time and perspective most of us can see good reasons for at least some of the tragedy and pain that occurs in life.  Why couldn’t it be possible that, from God’s vantage point, there are good reasons for all of them?”  It is possible, since God is with you.

The poet Longfellow suffered the tragic loss of his wife.  Two years later his son was severely wounded in the Civil War.  The bells on Christmas day triggered his emotions.  “In despair I bowed my head; there is no peace on earth, I said.   For hate is strong, and mocks the song of peace on earth, good will to men!  Then pealed the bells more loud and deep.  God is not dead nor doth He sleep.”

Jesus promises that His Spirit “abides with you and will be in you.  I will not leave you as orphans” (John 14:17-18).  He remains with you until that day when “there will no longer be any death; there will no longer be any mourning, or crying, or pain” (Rev. 21:4).  So Christmas is the right time to celebrate God’s promises even in the midst of your pain.  His is the ministry of presence, then, now, and forever.  He is God with us.

A Christmas Carol
Scroll to top