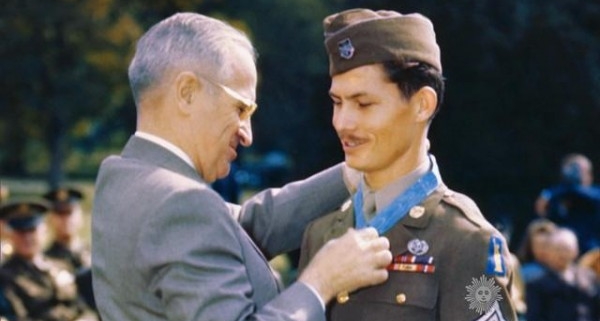 WWII hero and conscientious objector Desmond Doss pulled 75 wounded men off Hacksaw Ridge in 1945.  John Lewis demanded equal voting rights in 1965 by walking into the nightsticks across the Edmond Pettus Bridge in Selma.   Two American soldiers and a friend subdued a terrorist on a Paris-bound train in 2015.  One explained, “Our training kicked in after the struggle.”  These men had formed the habit of facing difficulties well when the testing point arrived. That virtue arises from the recognition that difficulties are certain, that sacrifice and perseverance are honorable.

Courage must be a habit because other virtues like justice, honesty, and love depend on it. C. S. Lewis wrote, “Courage is not simply one of the virtues but the form of every virtue at the testing point, which means at the point of highest reality.”  So what does the habit of courage mean when you are tested?

It means defying the popular sentiment, taking a stand on an issue because it is right even if your own tribe disagrees.  Before Jesus’ resurrection, Joseph of Arimathea, “a prominent member of the Council, gathered up courage and went in before Pilate, and asked for the body of Jesus” (Mark 15:43).  He surely risked his prominence by loving the One his colleagues rejected.

It means rejoicing in the providence of God and the hope of a glorified body (Phil. 3:21) even as you suffer with a discouraging health diagnosis.  Jesus healed people to reveal who He is and to offer hope for this life and the next.  He healed the paralytic saying, “Take courage, son; your sins are forgiven” (Matt. 9:2).  He said to the woman who touched his garment, “Daughter, take courage; your faith has made you well” (Matt. 9:22).  With courage, you face life honestly and fix your hope on eternal healing.

It means refusing to deny what is true amidst a culture that confuses truth with personal choices.  It means living a restrained and accountable life that serves and sacrifices for your fellow man.  It means applying the radical justice of Christ, who teaches you to love your enemy, do good to those who persecute you, and ask for the Father’s will to be done.  How else will people know there is something different about you, “and glorify your Father who is in heaven” (Matt. 5:16)?

Jesus knew the realities of your life when he said, “These things I have spoken to you, so that in Me you may have peace. In the world you have tribulation, but take courage; I have overcome the world” (John 16:33).  His good news is your buttress when the testing winds blow.  In those moments, your faith in Jesus will reveal a high virtue, the habit of courage.

Mine or Thine
Scroll to top