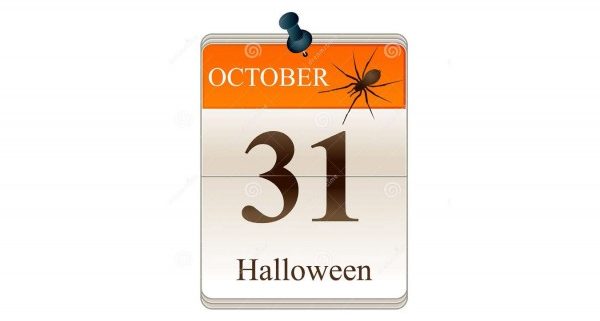 Halloween, or “holy evening,” for most is a masquerade party with candy as a reward, harmless unless you’re concerned about the effect of sugar on the human body. For some, it is a day of celebrating a certain other-world spirituality.  Myths and fables about not-so-holy ghosts and goblins, witches and black cats, jack-o’-lanterns and skeletons all hint at a fixation on death and evil in this world.  No wonder churches prefer a fall harvest festival or Reformation Day event.

A witch doctor in Haiti once told me that October 31 is the day in which the veil between this life and the next is the thinnest.  Thinking it culturally instructive to see a ceremony to conjure up a spirit, I considered attending a night festival in the nearby village of Liancourt on that date.  But older, wiser folks convinced me I had no business there.  Voodoo practitioners foster an aura of fear and mystery to build a marketable practice of folk justice and healing.  The Christian worldview that acknowledges personal evil must allow the possibility that such occultic activities are not harmless.

The Bible describes an act of necromancy, or calling up the dead. It is a story easy to retell, but hard to explain.  Israel’s King Saul knew that God had forbade his people to use divination, witchcraft, sorcery, and necromancy, and had applied that law during his reign.  Yet after he had turned away from God, and found that God would not answer his prayers for courage and wisdom in the face of the Philistine army, he decided to violate that command.

Saul disguised himself, and sought a medium, “the witch of En-dor.” She hesitated, mentioning the prohibition.  He persisted, wanting her to bring up the dead prophet Samuel.  The apparition frightened the woman conjurer, and said that Saul and his sons were to die in battle the next day.  Saul looked for an answer in the wrong place.

If occult activities are harmless, why would God prohibit them? To seek that kind of spiritual encounter is to acknowledge a spiritual power other than God, which is idolatrous.  The Bible explains that spiritual evil does exist with the purpose to steal, kill, and destroy.  We are to resist, not embrace it.

God wants us to seek Him. “Resist the devil and he will flee from you.  Draw near to God and He will draw near to you” (James 4:7-8).  God has revealed Himself to be near us and for us, so “let us draw near with confidence to the throne of grace, so that we may receive mercy and find grace to help in time of need” (Heb. 4:16).  By grace through faith in Christ it is we that are holy (“saints” 1 Cor. 1:2), not a date on a calendar.

Personal, Not Private
Scroll to top