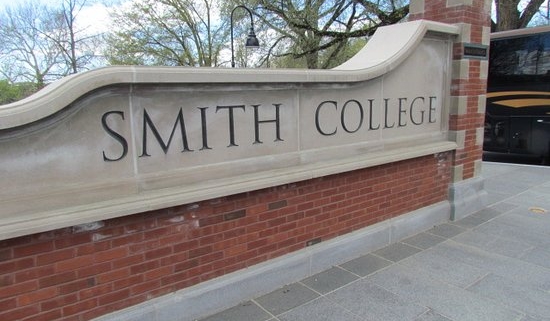 See how great a forest is set aflame by such a small fire! And the tongue is a fire, the very world of iniquity… (It) sets on fire the course of our life, and is set on fire by hell (Jas. 3:5-6).

Smith College is an elite women’s liberal arts college in Massachusetts.  It is suffering from too much attention lately, including a recent article in the New York Times.

Cafeteria worker Jackie Blair worked on campus at a camp for children during the 2018 summer term.  One day when a college student entered the cafeteria, Blair mentioned that it was reserved for the children.  The student ignored her and took food to a nearby lounge area.  A janitor saw the student in the closed dorm and notified campus police per protocol.  The officer made brief contact with the student but took no action.

That evening the offended student posted on social media, “It’s outrageous that some people question my being at Smith.” She claimed racial profiling and gender bias. She “doxed” Blair and a janitor (who wasn’t there).  Her words set the world on fire.

The college put the janitor on leave.  They initiated police sensitivity and staff anti-bias training.  During that training, Jodi Shaw refused to accept the premise that she is inherently privileged and biased because of her race.  She resigned and may sue the school as a hostile workplace, an ironic twist.

Blair has been harassed by major media outlets.  After being turned down for a job she said, “What do I do?  When does this racist label go away?”  Recently retired Tracey Culver said, “We were gobsmacked – four people’s lives wrecked.  How do you rationalize that?”  She said that because a law firm investigated on behalf of the college and found no evidence of bias at that dorm incident.  The original offense never happened, though the Times insisted the student’s deeply felt personal truth mattered more than facts.

I have no interest in taking sides here, but I do see this as an example of the power of words.  They can tear down, set afire, and deceive.  Or they can encourage, edify, and reveal.  Speak quickly and you will say the most impactful words you will ever regret.  Slow down, manage your emotions, and consider whether your words are true, kind, and necessary, and then your words will reflect wisdom.

There is one who speaks rashly like the thrusts of a sword, but the tongue of the wise brings healing (Prov. 12:18).  Speak healing words.

The Narrow Way
Scroll to top