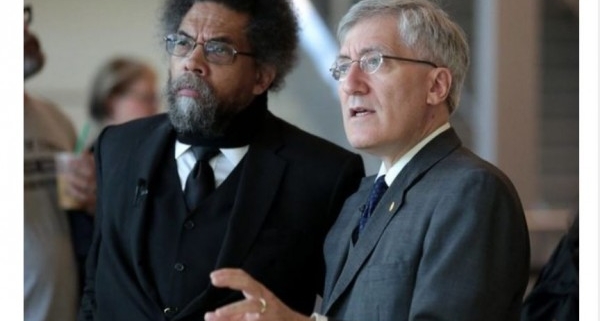 What happens when two professors who have little in common other than that title, decide to write about what our country needs right now?  Attack and acrimony?  Cat fights and dog whistles?  Nope.

Robert George is a white, conservative, capitalist professor at Harvard.  Cornel West is a black, liberal, socialist professor at Princeton.  The Boston Globe recently published what they wrote.  It was a single article.  From very different anvils, they forged a common piece.

They appeal for unity even if on their “deepest, most cherished beliefs,” they do not agree.  Both of these men identify as Christians in the article, and that worldview seems to be what unifies their thoughts.

They write, “We need the honesty and courage to treat decent and honest people with whom we disagree — even on the most consequential questions — as partners in truth-seeking and fellow citizens of our republican order, not as enemies to be destroyed. And we must always respect and protect their human rights and civil liberties.”

Today’s degraded public discourse does not treat people as fellow truth-seekers.  The standard is to shout the worst possible motive at the first hint of disagreement.  “Racist!”  “Communist!” “Radical!”  Ad hominem at its worst.  The Bible says, “Wait until the Lord comes who will both bring to light the things hidden in the darkness and disclose the motives of men’s hearts” (1 Cor. 4:5).  It is so common today to assume and attack motive that you may not have considered it out-of-bounds.  When you disagree, let it be on what someone says or does in the light of day because you can’t see what’s in the darkness.

The professors warn about treating disagreeable people as enemies to be destroyed.  Once, Jesus and his disciples were traversing unfriendly territory.  The locals refused to accommodate them.  James and John felt the burn.  “Do You want us to command fire to come down from heaven and consume them?”  Jesus said, “The Son of Man did not come to destroy men’s lives, but to save them” (Luke 9).  It is a decidedly Christian virtue to seek the best for people, even when they are at their worst.

The professors write, “We need the honesty and courage not to compromise our beliefs or go silent on them out of a desire to be accepted, or out of fear of being ostracized, excluded, or canceled.”  The authorities who crucified Jesus threw Peter in prison for teaching about Him.  During questioning, Peter assured them that he “must obey God rather than men.” (Acts 5).  Refusal to compromise requires honesty and courage.

In fact, those are the theme words for the professors’ article, which is a rare and public search for common ground.  Honesty and courage can bridge the chasm that divides America.  Christians have the means to lead the way.