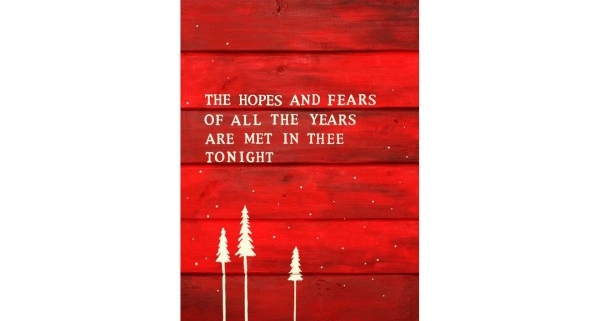 “Those who hope in the Lord will renew their strength. They will soar on wings like eagles; they will run and not grow weary, they will walk and not be faint” (Isa. 40:31).

Michael Suderman, a minister in Washington D.C. has occasion to chat with and encourage elected officials.  One member of Congress was frustrated with her constituents because their expectations were impossible.  “Politicians aren’t superheroes!” she told him.  Win or lose, emotions run high after elections and this year those flood waters are churning.  That indicates that voters could have impossible expectations or unaddressed fears. If America hopes to find the high ground of honesty, decency, and peace, politics won’t take us there.

The word “expect” is so closely linked to “hope” that the Spanish verb “esperar” captures both ideas.  Let’s separate them a bit. We might expect government leaders to do their jobs, but to say we put our hope in them is perilous.  The ancient people God chose to bring forth the Messiah were as prone to that mistake as we are.  The prophet promised a child to be born, “and the government will rest on His shoulders” (Isa. 9:6).  So, during the Roman occupation, their expectations hardly extended beyond a political solution.

They missed the big picture.  Paul quoted another ancient prophecy to them: “The Root of Jesse will spring up, one who will arise to rule over the nations. In him the Gentiles will hope” (Rom. 15:12).  Jesse was the father of kings, yet the original source of this family would mysteriously appear later.  This person wouldn’t be a national leader but would rule nations and offer hope to all people.  That’s a far loftier expectation than overthrowing Roman rule or winning an election.  History witnessed that hope fulfilled by Jesus’ birth in Bethlehem, His death on Calvary’s cross, and His resurrection from the tomb. Jesus is our hope for peace with God, and His Providence is unfazed by any political outcome.

Humans seek reasons to hope.  We yearn for a better day.  Maybe that’s because of trouble, uncertainty, and fear.  Maybe we are hard-wired to hope for abiding joy and lasting peace not realized in this life. Even when life is good, our souls are stirred with the haunting hope of a paradise already sensed but not yet seen.  Whatever the reason, we hope for life that is more sublime and transcendent than what we have experienced thus far.

Isn’t that the idea reflected in the familiar carol? “O little town of Bethlehem, how still we see thee lie!  The hopes and fears of all the years are met in thee tonight.”  Yes, you may have nagging fears.  Yet you soar on wings of hope in the Lord, and none other.

Coming of Age
Scroll to top