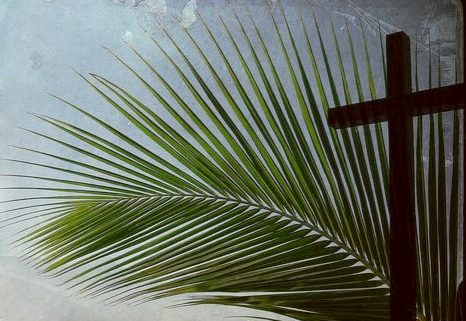 “The sun rises and the sun sets, and hastening to its place it rises there again” (Ecc. 1:5). But sometimes the routine is interrupted by eternity breaking into the confines of time.

I once knew a farmer who was out early on a Sunday morning checking on livestock. Driving down the county road, he thought he noticed something.  He turned around and found a car upside down below the bridge.  He hurried down, and found the shocked driver sitting beside the car, repeating the words, “O God, O God.”  He knew the driver to be an atheist.

The events of 9/11 interrupted the rhythm of our nation. As we desperately rejected this monstrous evil, church attendance swelled.  Philip Yancy in his book “Rumors” observed, “What Americans learned on that day, and are learning still, is that sophisticated moderns have not renounced transcendence but rather replaced it with weak substitutes.  Unlike past generations, many are unsure about God and an invisible world.  Even so, we feel the longings for something more.”

History has revealed that invisible world we long for. The brother of two sisters passed away as a young man and they buried him in a tomb. Days later a friend came to them and visited the grave site.  As a crowd of people watched, the friend wept, told them to open the tomb, then cried out loudly, “Lazarus, come forth!”  And he did!  A few weeks later when friend Jesus entered Jerusalem, it was no surprise that the people waved palm branches and shouted “Hosanna!  Blessed is He who comes in the name of the Lord.”  It was such spontaneous worship that jealous critics groused that the whole world was following him.  When they demanded Jesus stop it, He responded, “If these become silent, the stones will cry out!”  We celebrate this event on Palm Sunday (John 11-12, Luke 19).

Interruptions good and evil, common and sublime draw you to the Divine, in whose image you are made. The 17th C. English poet John Milton wondered, “What if Earth be but the shadow of Heaven, and things therein each to other like, more than on Earth is thought?”  Life on Earth has hints of heaven because He is near.  Ravi Zacharias wrote, “No true worship of God is possible without the qualities of transcendence and immanence existing together in Him.  He is worthy of worship only because He is transcendent; we can truly relate to Him in worship only because He is close to us (immanent)!”

Spontaneous worship happens! When the Lord calms the vexing worry or comforts the wave of grief, when He speaks in majestic vista or grants the joyful blessing, don’t let the stones cry out for you.  When beauty or burden, hope or hurt compel you to reach for God, when the transcendent is immanent, the heart leaps heavenward and cries out, “Hosanna!”