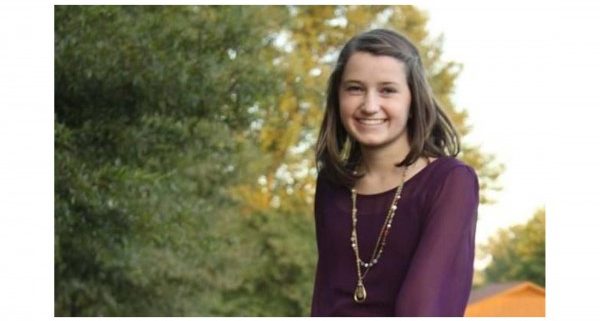 Following the Lord, she set out for Botswana, but ended up in heaven. Sarah Harmening was traveling with Mount Zion Baptist Church of Huntsville, Alabama. On June 8 at 3:30 p.m., the bus crashed in Atlanta and she flew away. She was 17.

Because of the tragedy the world knows now of her abiding faith, and that of her family. She was a proliferate journaler, and wrote her final entry shortly before her departure. She notes how moved she was by Peter’s letters in the New Testament. “It talked about humbling yourself which I will need to do (and that also means being a little uncomfortable), it talked about the devil prowling about like a lion seeking whom he may devour, and how we need to be alert and of sober mind, and how we get to participate in His divine nature! I mean, how awesome is that? I was just reminded of why I’m here and that God has called me here and He’s done so for a reason. So I know He’s going to do incredible things.”

Her mother, Karen Harmening, thought her daughter was awesome. “Sarah was a gift to us that was given on December 20, 1999. And she loved the Lord with a love that was tangible,” she said. Her obituary says that she lived and breathed to know Jesus Christ and to make Him known.

It is too easy to consider this meaningless, something that God should have prevented. Tragedy can make you cynical about God. But remember the gospel is about God doing something about evil, suffering, and death. In his book “Why Suffering?” Vince Vitale writes, “One day each of us is going to have to deal with the reality of death. When suffering comes, when death comes, who will bear it with us? Who will see us through it? Jesus will, if we ask him to. If we invite Him, then we will never be alone in our suffering, and we can trust that we will spend eternity in a place where suffering will be no more.” In this fallen world hard things happen, but the perspective of eternity is that these things do not have the final say.

Last Thursday, God whispered Sarah’s name and invited her to leave the land of the dying for the land of the living. I offer you what she found to be so moving that day. “His divine power has granted to us everything pertaining to life and godliness, through the true knowledge of Him who called us by His own glory and excellence. For by these He has granted to us His precious and magnificent promises, so that by them you may become partakers of the divine nature” (2 Pet. 1:3-4). How awesome is that?

Out On A Limb