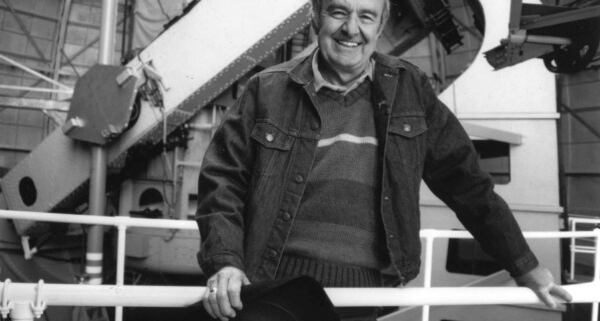 In his 1977 album, Billy Joel crooned about a love interest who was “always a woman to me.” One of her endearing quirks was, “She never gives in, she just changes her mind!”

Politicians change their minds too. But lest you think poorly of them they say, “I misspoke,” or “My thinking has evolved.” Translation: his staff told him the electoral winds are blowing in a different direction. Or in today’s parlance, he didn’t want to get canceled.

Of course there are valid reasons to change your mind. When you think about thinking (metacognition) with an unbiased, honest attitude, you may well gain fresh perspective on truth. That’s intellectual honesty. Dishonesty says, “My mind’s made up. Don’t confuse me with facts.”

Allan Sandage shocked the scientific community with his intellectual honesty. In 1953, he earned a Ph.D. from Cal Tech in astronomy. As a prolific researcher and author, he won multiple science awards during his career. He was agnostic about God and embraced a materialistic philosophy.

In 1985, Sandage joined a panel of scientists at a conference in Dallas. The divided panel of theists and atheists were there to discuss the origins of the universe, complex life, and human consciousness. His colleagues were shocked when Sandage sat down with the theists. He had changed his mind. He explained that his research affirmed that the material universe had a definite beginning in time and space, and had been finely tuned since the beginning to support life. That suggests prior intelligence.

The Bible says, “By faith we understand that the worlds were prepared by the word of God, so that what is seen was not made out of things which are visible” (Heb. 11:3). Cosmology and astronomy gave Sandage reasons to believe, to become a Christ-follower. He said, “It was my science that drove me to the conclusion that the world is much more complicated than can be explained by science. It is only through the supernatural that I can understand the mystery of existence.”

It is intellectual honesty to follow the evidence, and change your mind. Sandage did.