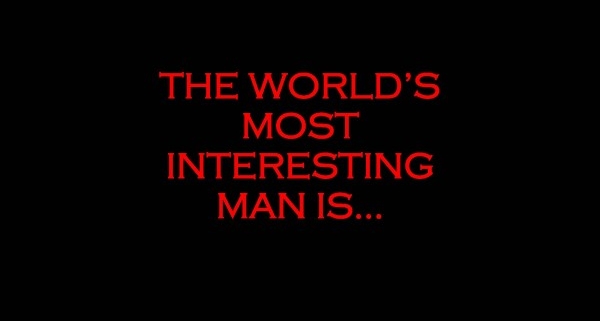 The debonair Jonathan Goldsmith appeared in Dos Equis beer ads from 2006 – 2016. The actor portrayed quite unusual accomplishments, then ended the video in the presence of beautiful young women. “Stay thirsty, my friends,” was his sign-off. He was “The Most Interesting Man in the World.”

Clever ad campaign. The way Goldsmith won the part was itself interesting. For the audition the screeners gave the ending line, “…and that’s how I arm wrestled Fidel Castro!” They judged the actors on their ability to ad lib an entertaining story. So Goldsmith must have been interesting to win the role. But in reality, most interesting? No.

Someone else won that superlative, the One we just celebrated as walking around alive only a few days after He was executed until dead. How do we peel off the barnacles of history and religion to see this news the way a serious journalist would? First we have to know He really existed, with His life recorded as spanning time between Herod and Pontius Pilate during the Roman Empire. He lived and traveled among places like Bethlehem, Egypt, Jerusalem, and Capernaum, places that still exist.

Next we have to consider what He did. He unpacked mysteries about God and life often in a story, while touching hearts and healing bodies. He was such a winsome man, it’s hard to believe anyone would think otherwise. But He had no use for pious, self-righteous, religious elites who burdened people with irrelevant rules. The result was the same as if you cut donuts on the courthouse lawn in your ragged F-150 last Friday night while holding a Dos Equis. The authorities came after Him.

So astonishing in fact, that “There are also many other things which Jesus did, which if they were written in detail, I suppose that even the world itself would not contain the books that would be written” (John 21:25). This most interesting Man is coming back and you’ll get to meet Him!