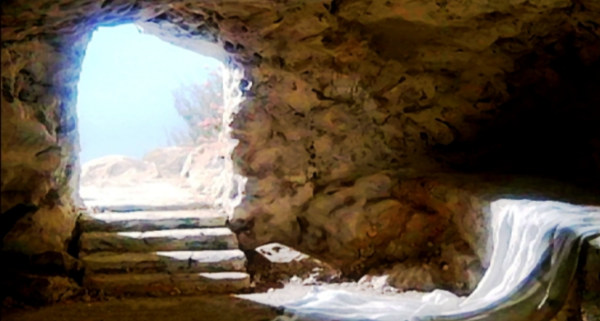 The bodily Resurrection of Jesus Christ is celebrated as a focal point of the Christian faith.  Skeptics dismiss it as a myth or metaphor.

I love my non-believing friends and offer here a few of the many reasons to consider the Resurrection a historical event. I appeal to the scientific method of abduction, which is what detectives do as they seek the most logical explanation of a non-repeatable past event.

Was Jesus even a real person that died like the Bible says?  Consider secular sources.  Josephus was a first-century Roman Jewish historian who wrote an account of Jesus’ death by crucifixion.  Tacitus, also a first century figure and a Roman senator, recorded that Jesus “suffered the extreme penalty during the reign of Tiberius at the hands of Pontius Pilatus.”  They had access to eyewitnesses and no reason to propagate a fictional account.

Maybe the disciples made it up to save face?  For this to work, they would need to remove the body.  In fact, those who had Jesus killed circulated that story.  But it’s implausible due to security measures in place at the tomb.  It’s even more implausible when you consider that Jesus’ followers would have known it was a lie and yet they stuck to their story despite suffering persecution and death because of it.

Were the appearances of Jesus hallucinations?  The disciples were pragmatic working men, not dreamers.  They were disillusioned, afraid, and confused because they had no expectation of a resurrection – the wrong preconditions for hallucination.  Also, science has yet to document a group hallucination, and Jesus appeared to groups multiple times.  They touched him and ate with Him.  One time he even prepared their breakfast on the beach!  You and I would have enjoyed that.

What is the most plausible explanation for the empty tomb? No one ever produced a body to refute a resurrection “hoax.”  Hallucination cannot explain the multiple and simultaneous sightings of the resurrected Jesus.  Would a fabricated story transform frightened disciples into bold preachers of Christ’s Resurrection, releasing a movement that changed the world?  In Gunning for God, Professor John Lennox quotes Norman Anderson summarizing the evidence. “The empty tomb forms a veritable rock on which all rationalistic theories of the Resurrection dash themselves in vain.”  The verdict: It happened.

The Bible offers you a challenge.  Prove that the physical, bodily Resurrection of Jesus Christ did not happen, and you disprove Christianity.  It says, “If Christ has not been raised, then our preaching is vain, your faith also is vain” (1 Cor. 15:14).  The question that remains is, will you follow the evidence?

A physical Resurrection is the most logical explanation of the evidence.  It proves that Jesus’ offer of love, forgiveness, and a living eternity with Him is real.  Christians celebrate it worldwide because we know it happened.