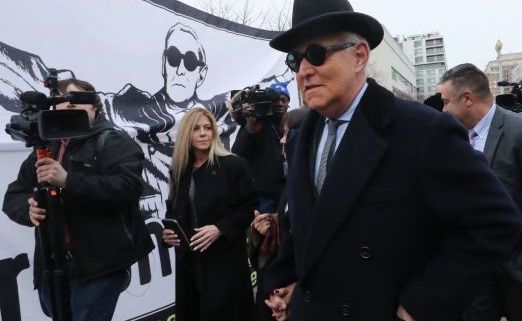 Roger Stone is not going to prison for lying to Congress, witness tampering, and obstructing an official proceeding.  By Stone’s testimony, he has received a pardon far beyond what President Trump could give.

Stone has a libertine and provocative past to put it mildly.  He was a strategist who some say embodied political corruption.  He once said, “Those who say I have no soul, those who say I have no principals, are bitter losers.”  He believed it better to be infamous than to remain unknown, and his life reflected that.

Now he says all that is changed.  His critics are skeptical, accusing him of a con game to affect his legal wrangling.  Stone attended Franklin Graham’s 2020 Decision America Tour in Boca Raton, Florida.  Before the event he met with Graham privately.  Graham told him, “It’s not my help you need.  You need God’s help.  Reach out to God to cleanse your sins, to receive Christ as your Savior.”  Stone says he did just that.  “I’ve chosen to walk with the Lord, and that has really made my burdens so much easier.”  To his critics he says, “God knows whether my conversion is honest or not.  I’m perfectly at peace.”

Is it possible that Stone is a forgiven man?  Here’s what we know.  Jesus, speaking of Himself said, “The Son of Man has authority on earth to forgive sins” (Matt 9:6).  He would use that authority for Stone.  “Everyone who believes in Him receives forgiveness of sins through his name” (Acts 10:43).  So, Jesus makes Divine forgiveness possible.  Stone says he has done his part, too.

God specializes in doing what is impossible for mere humans.  He exists outside of the material universe and spoke it into existence out of nothing.  His anthropocentric ordering of our solar system makes life possible. He created humans to be more than material beings with conscience, self-awareness, creativity, and imagination.  And yes, God even made it possible for a person to have a life-renewing encounter with Jesus Christ by faith.  Such an encounter is meaningful not only in eternity, but for now.  God does the impossible and changes lives.

Johnny Russell recorded a popular tune in 1973 that portrays the hope of change by God’s grace.  In the ballad a man neglected his family, cheated on his wife, and gambled his money away.  But this: “They baptized Jesse Taylor in Cedar Creek last Sunday.  Jesus gained a soul and Satan lost a good right arm.  They all cried hallelujah when Jesse’s head went under, ‘cause this time he went under for the Lord.”  Then the evidence: His wife is proud of him, little Jim has a daddy, and “Franklin County’s got a lot more man!”

Jesse Taylor is fictional but this fact remains for both Roger Stone and you:  With God, all things are possible.

Honesty and Courage
Scroll to top