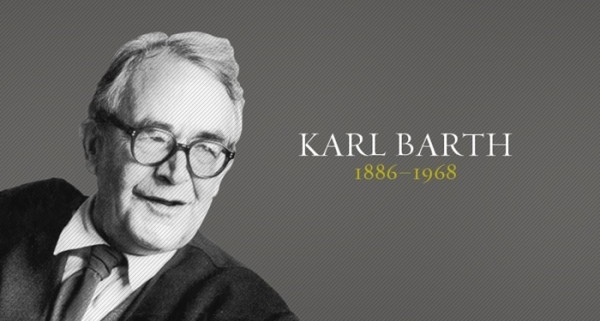 Theologian Karl Barth was a rebel. In the early 20th C., he rejected the popular new idea that the historical Jesus does not matter to Christians. Just prior to WWII, his rebellion took a dangerous turn. As a leader of Germany’s confessing church, he wrote a declaration that the church’s allegiance to Jesus meant it had to reject the Fuhrer’s version of church. He personally mailed the document to Hitler. He was a prolific writer and produced some of the last century’s most influential works of theology. Yet when asked to describe his most profound thought, he paused and replied, “Jesus loves me, this I know, for the Bible tells me so.”

The phrase that focused the thought of Barth originated with Anna Warner. Miss Warner’s family lived on Constitution Island just across from the U.S. Military Academy in West Point. She wrote novels and poems, and led Bible studies for the cadets. One of her novels, Say and Seal, published during the Civil War, included a poem to comfort a sick child. Barth quoted the first line, and you know the rest. “Little ones to Him belong, they are weak but He is strong.” William Bradbury composed the tune and added the refrain.

The Bible does speak much of God’s love. Such as, “By this the love of God was manifested in us, that God has sent His only begotten Son into the world so that we might live through Him. In this is love, not that we loved God, but that He loved us and sent His Son to be the propitiation for our sins. Beloved, if God so loved us, we also ought to love one another” (1 John 4:9-11). God’s manifest love means you live and love others.

Stuart Townend is a modern hymn writer. One day he began to reflect on a new tune, and pondered words to fit it. He was attracted to the idea of telling the story of Christ and the cross from the perspective of what it cost the Father. So he did. “How deep the Father’s love for us, how vast beyond all measure, that He should give His only son to make a wretch His treasure. How great the pain of searing loss – the Father turns His face away, as wounds which mar the Chosen One bring many sons to glory.”

Townend, Bradbury, Warner, and Barth all speak with one voice. The Christian faith is about the love of God. His love is evident in the life He chose to invest in you, and in the world He created to sustain you. His love is so intense that He prepared a place for you to spend eternity with Him, and you know the Way (John 14:4). Yes, Jesus loves me. Simple, and sublime.