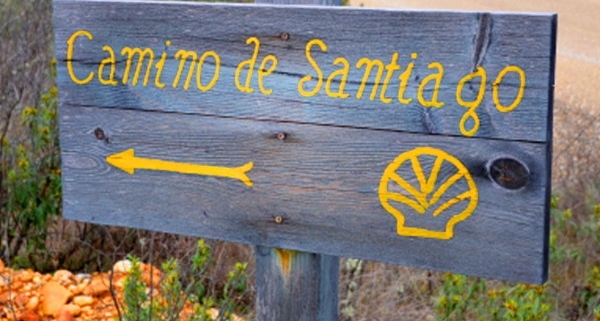 I recently met a couple who hiked the Camino de Santiago (the Way of Saint James). From the popular starting point, it is a 600 mile trek across France and Spain. Pilgrims (hikers) make their way toward the cathedral of Santiago de Compostela. The 2010 movie, “The Way” portrays a father (Martin Sheen) who completes the pilgrimage on behalf of his deceased son. It shows the route between European villages traversing pastoral scenes and scanning majestic vistas.

In the last 20 years, the number of hikers grew from 30,000 to 330,000. Reasons number as many as the hikers, but seeking respite from our distracting world must be a common motivation. Writer James Jeffrey admitted, “I’ve been continually perplexed by, and mulled endlessly over, just why the experience was so fulfilling, shocking even, in a dazzling, uplifting way.” He hints at a spiritual answer. “We are designed as humans to look to a horizon and move towards it. But we are forgetting this truth, and it’s destroying us.”

The Appalachian Trail is near our town, and I hear stories of hikers from friends who enjoy helping them on their way. Thru-hikers face a 2200 mile trip and only 1 of 4 attempts are successful. Many AT hikers are on their own spiritual quest, and even if they are not sure what they’ll find, they journey towards it anyway.

This journeying toward a goal or purpose is a key to understanding Jesus. After spending time in Galilee, “He set his face toward Jerusalem” (Luke 9:51). The trek from Galilee to Jerusalem is about 100 miles, but the distance was not His challenge. He knew too well what would transpire there. He said, “The Son of Man is going to be delivered into the hands of men and they will kill Him, and He will be raised on the third day” (Matt. 17:22-23). He only confirmed what had already been written, that God requires and provides an atoning sacrifice to reconcile us to our Creator.

You might think that Jesus’ journey ended at the cross, but his empty tomb and post-resurrection appearances say otherwise. Neither did His journey end later when he ascended from Bethany, destination heaven. In fact He still journeys toward his goal as He said, “The Son of Man has come to seek and to save that which was lost” (Luke 19:10).

The question is, what are you journeying toward? You may never hike the Way or the AT, but your yearnings move you toward some horizon. It’s worth noting that every human is created in the image of God, with yearnings that can only be fulfilled in Him. Jesus beckons, “Come to Me, all who are weary and heavy-laden, and I will give you rest” (Matt. 11:28). Journey toward Him, the Way, the Truth, and the Life. He Is Risen!