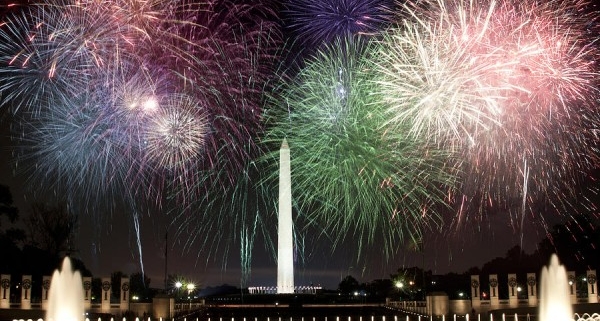 The recent fireworks and our celebration of Independence Day has me dwelling on the state of affairs in America. Not current events, but the state of our thinking about the underpinnings of our freedoms. Here’s my hypothesis: Christianity can exist without freedom, but American freedom cannot exist without Christianity.

Let’s dispense with the first part of my hypothesis. Christianity is growing rapidly in China which does not allow freedom of speech, association, and religion. Christianity is expanding in the Middle East, a reaction to the more oppressive forms of Islam. The number of Christians in Iran has grown from five hundred to one million since the beginning of the Islamic Revolution. They certainly don’t have American-style freedoms.

American freedoms depend on Christian morality. Here are thoughts on that from three non-believers.

Agnostic political scientist Charles Murray believes America needs a religious revival. He says, “Highly secular societies are going to break down. If you could have a resurgence of what used to be known as a religious Great Awakening — we’ve had three of them at least, maybe four — those had very good effects. Those could change the behavior of the population in very positive ways. And that’s going to be great if that happens. If you have a new upper class that joins in a resurgence of the Judeo-Christian traditions, the United States could be great.”

Stanford University professor Niall Ferguson says, “I was brought up as an atheist. It is as much a faith as Christianity. I’ve come to see as a historian that you can’t base a society on that. Indeed, atheism, particularly in its militant forms, is really a very dangerous metaphysical framework for a society. I’m a big believer that with the inherited wisdom of a two-millennia old religion, we’ve got a pretty good framework to work with.”

Atheist Richard Dawkins likes to quote Hillaire Belloc’s poem for children. “Always keep a-hold of Nurse for fear of finding something worse.” Dawkins’ point is that an escaping child is to her caregiver what a godless country is to freedom. Both risk losing what they need most. Dawkins wants Christianity not because he believes it’s true, but because nations need a moral underpinning.

America is afflicted these days with unrestrained people who “professing to be wise…became fools” (Rom. 1:22). They cannot see that “righteousness exalts a nation, but sin is a disgrace to any people” (Prov. 14:34). Fortunately, even non-believers recognize foolishness when they see it, and prefer a righteous nation that benefits from its Christian underpinnings. Truth is, America needs Christianity far more than Christianity needs America.

Benjamin Franklin once said America is “a republic, if you can keep it.” We keep our republic free by being a moral people, one nation under God.