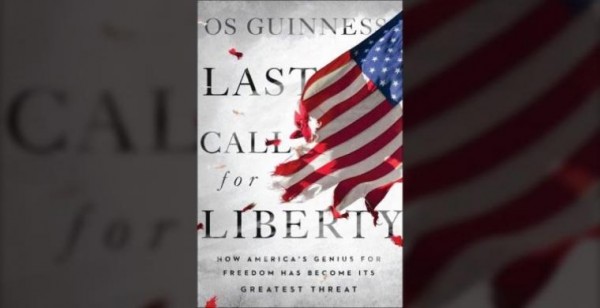 Have you heard the term “jeremiad”? It’s an eponymous reference to the prophet Jeremiah, describing a complaint against the state of things and a prediction of imminent downfall.

We recently heard, “The world is going to end in 12 years if we don’t address climate change and your biggest issue is how are we gonna pay for it? This is our world war two!” And, “This was an attempted overthrow of the United States government.” A pundit summarized, “The questions raised by the present state of our politics, which might fairly be described as an American civil war without arms, are these: How does a nation so divided stand united in the world? How long does it remain a great nation?” Mini-jeremiads, all.

In “Last Call for Liberty,” Os Guinness observes, “Political debate has degenerated into degrading and barbaric incivility, and wild talk of spying, leaking, impeachment, governability, the 25th Amendment, and even assassination and secession is in the air. American leaders are at each other’s throats.” Why the angst? He posits that behind America’s pitched battle is a fundamental difference over what liberty means and how we keep it.

The Founders recognized that the American experiment in liberty and self-government can only work if the citizens internalize a common moral code. They saw Christianity as the accessible means to that end. Even though they failed to address African slavery, Native American rights, and women’s suffrage, they created a “promissory note” per Martin Luther King, Jr. Then, as now, liberty is elusive but worth pursuing.

The paradox is that freedom is its own enemy. Guinness writes, “Freedom fails when it runs to excess and breeds permissiveness and license.” It also fails “when free societies become so caught up in the glory of freedom that they justify anything done in its name.” He concludes, “Faith and the fear of God have been vital for freedom, for without accountability freedom corrupts itself and degenerates into mere power.” When that happens, man becomes god and what a merciless god he is. Should unaccountable people intoxicated with power hold the keys?

Here is Jeremiah’s “jeremiad” for his nation: “They have gone after other gods to serve them; the house of Israel and the house of Judah have broken My covenant which I made with their fathers. Therefore thus says the Lord, Behold I am bringing disaster on them” (Jer. 11:10-11). Not long after, Babylon sacked Jerusalem and ended their way of life.

A more perfect state of America’s union begins not with politics, but with the answer to Guinness’ defining question. “Does humanity have a better future under God or as god?” The conspicuous hand of Providence may yet provide that answer. “I will give them a heart to know Me, for I am the Lord” (Jer. 24:7). Let’s pray that America be so liberated.

The Pastor’s Pastor
Scroll to top