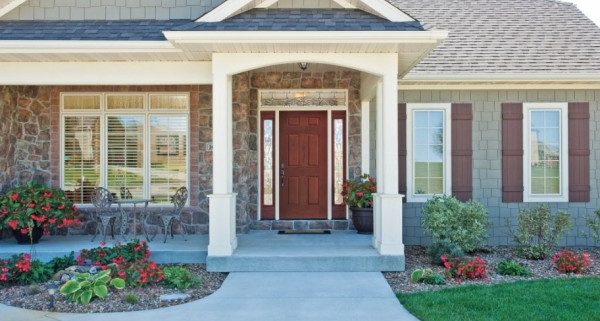 It was an awkward encounter. Anyone who carries the name and message of Christ will likely have similar stories.  Since our worldview encompasses eternity, we are willing to take risks to change eternal outcomes.

Someone suggested I visit an elderly couple I didn’t know. As I approached their front door one evening, I wondered how I would explain what I was doing there.  The door opened just wide enough for me to see the wife’s face, kind, but a bit apprehensive.  I introduced myself and a couple of friends and mentioned our church.  I said simply that a mutual friend asked us to stop by for a brief visit.  “It’s really not a good time,” she said.  A polite brush-off, which I respected.  The door creaked, closing.

A faceless male voice called from the interior, “Who is it?” The creaking paused.  “People from a church.”  “Well let them in!”  The man was resting in a wheelchair, clearly not in good health, and perhaps hoping we could cheer him up a little.

Settling into the parlor, we tried polite conversation with little success. I ditched the trivialities.  “Do you mind if I ask you a personal question about God?”  He consented.  “If you were to die and stand before God, and if He asked you, ‘Why should I let you into my heaven?’ what would you say?”  He raised his eyebrows as he pondered.  “Well, I’ve tried to live a good life.  I haven’t been able to go to church since I’ve been sick.”

I began to explain some truth claims from the Bible, beginning with, “The gift of God is eternal life in Christ Jesus our Lord.” Nothing wrong with trying to live a good life or attending church, but they are not enough.  Sadly, despite our best efforts, we have all sinned and fallen short of God’s moral standard, which is perfection.  As a just God, He has said that “the wages of sin is death.” Such is the human condition.

But God, not content to leave us to our fate, “demonstrates His own love toward us, in that while we were yet sinners, Christ died for us.” Jesus takes our punishment and gives us the righteousness of God.  This is where faith comes in.  “By grace you have been saved through faith; and that not of yourselves, it is the gift of God.”  Faith receives what God gives. (Rom. 1:16-17, 5:8, 6:23, Eph. 2:8)

As I finished, he brightened considerably. “That all makes sense, I just haven’t thought of it that way before.  Yes, that’s what I believe!”  We thanked the gentle couple for their time and left.

A week later I received news that our host that evening died three days after our visit. I was stunned.  Only God knows if he embraced faith in Jesus that night, but regardless, I was grateful for the privilege of offering what may have been his last chance to do so.  You never know.