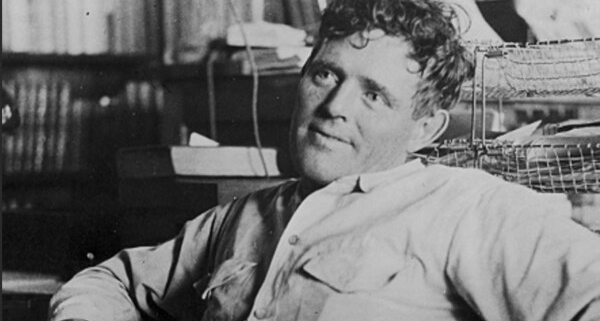 Jack London’s The Call of the Wild was required reading in my high school. It is red in tooth and claw. It reveals London’s burdensome view that this harsh world is all of reality.

The protagonist of the novel is Buck, a dog. He learns by the “law of club and fang” to be an obedient Klondike sled dog. It’s a story of weary labor, deadly retribution, and the struggle to survive. At the end, Buck discovers his owner Thornton and the other dogs dead – killed by indigenous people. He joins a wolf pack living in the wild only to return as the legendary “Ghost Dog” who kills humans.

London’s experiences informed his stories and his worldview. His time in the Klondike damaged his health. As a child he labored 12 to 18 hours a day at a cannery. As a teenager he sailed with a sealing expedition, bludgeoning and skinning seals for days on end. He experienced hunger, homelessness, and a stint in the penitentiary. His mother attempted suicide. His birth father denied him, suggesting any number of other men could be his father.

London’s faith was in Darwin. He declared, “I believe that with my death I am just as much obliterated as the last mosquito you and I squashed.” A few months before he died at age 40 of an overdose, London explained his credo. “I would rather that my spark should burn out in a brilliant blaze than it should be stifled by dry rot. The proper function of man is to live, not to exist. I shall not waste my days in trying to prolong them.” If anything, he lived as though to shorten them. “The ultimate word,” he wrote, “is I Like,” expressed in his wild adventures, riotous living, and substance abuse. Those were his attempts to offload the burden of a pitiless and pointless world.

His is a story of tragedy, not redemption. He missed the evidence all around him of a far greater and more attractive reality – the rest of the story. Even amidst tooth and claw, creation points to something beautiful and sublime. “O Lord, how many are Your works! In wisdom You have made them all; the earth is full of Your possessions. There is the sea, great and broad… animals both small and great. Let the glory of the Lord endure forever. As for me, I shall be glad in the Lord” (Psa. 104).

What is your story? You don’t have to live a burdened life, denying that transcendent, eternal good exists. “Come to me, all you who are weary and burdened, and I will give you rest,” Jesus said. “Take my yoke upon you and learn from me, for I am gentle and humble in heart, and you will find rest for your souls” (Matt. 11:28-29).

On Curiosity
Scroll to top