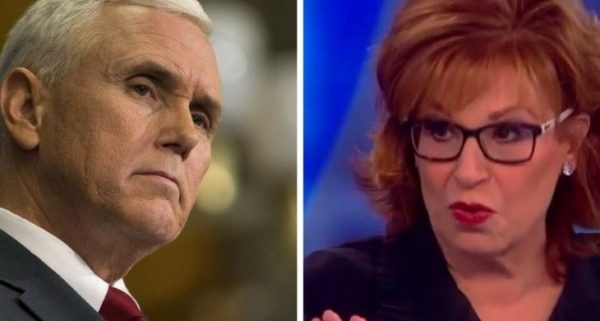 On that flap between Joy Behar and Vice President Pence…when she implied he could be mentally ill because God speaks to him. After all she is a comedienne, but this attempt at shock humor bombed.  She did apologize later to her credit.

The reason the joke didn’t work is because Christians actually do expect people to hear from God. But what we experience is nothing like Behar’s implication that we hear delusional voices.

Henry Blackaby wrote, “When God speaks, it is to reveal something about Himself, His purposes, or His ways. God’s revelations are designed to bring you into a love relationship with Him.”  Christianity is a relationship with God, and communicating is normal in a relationship.  Jesus said, “He who is of God hears the words of God; for this reason you do not hear them, because you are not of God” (John 8:47).

Years ago, I experienced some folks confused on hearing God speak. During a Bible study, several older Christians agreed that they had never heard God speak to them.  As their pastor I was incredulous, since they each had heard thousands of sermons, experienced the wonders of nature, read their Bibles regularly, and prayed routinely.  But they had not considered ways they hear God other than an audible voice.

So if not by audible voices in your head, how do you hear from God? Suppose you read in the Bible, “You shall love your neighbor as yourself” (Mat. 22:39).  You realize you have neglected a needy neighbor or mistreated someone, and your conscience prompts you to act or apologize.  You just heard from God.  God speaks through His Word.

He also speaks through creation. “Since the creation of the world His invisible attributes, His eternal power and divine nature, have been clearly seen, being understood through what has been made” (Rom. 1:20).  The Creator speaks through the beauty of the world and the complexities of life.

Jesus sent his Holy Spirit to his followers. “He will guide you into all the truth; for He will not speak on His own initiative, but whatever He hears, He will speak…He will take of Mine and will disclose it to you” (John 16:13-14).  How do you recognize the Holy Spirit?  It’s surely Him if it moves you to understand and act on His written Word, love people, and reject sin.  On other matters, consider what Jesus said.  “My sheep hear my voice, and I know them, and they follow me” (John 10:27).

God can speak to you through the Bible, creation, the Holy Spirit, and also through prayer, circumstances, and other believers. The point is not so much how He speaks, but that He does.  That raises our expectations and demands our response.  There’s no question God has spoken to you.  The question is if you are listening.