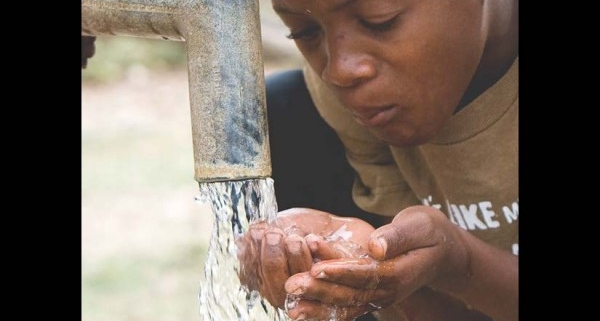 Water is vital to life. You realize that so much more when you’re in a place that has much less of it.

Haiti is a place like that. In 1990, I accepted the challenge to restart an NGO well drilling program in the Artibonite Valley. Dr. Larry Mellon, inspired by Albert Schweitzer, drew from his family’s fortune to found a hospital there in 1956. Drilling wells for clean water was a way he could reduce admissions. He completed hundreds of wells while he was able. Mrs. Mellon tells their story in her autobiography, My Road To Deschapelles.

When I arrived, Dr. Mellon had just passed. Boss Murat had drilled wells with Mellon for years, and despite his advanced years was available to help. Mellon had commissioned the construction of a cable tool rig that could drill up to 200 feet deep. Though that rig was long gone, we learned that similar rigs in various stages of disrepair still existed in country. We finally located and purchased one from the Baptists.

The re-building effort meant machine shop and carpentry work. It was a contraption of wooden wheels, belts, heavy bit and bailer, and a single cylinder diesel engine, all bolted to a re-purposed heavy truck frame. We made an ad hoc wood lathe to turn the main drive wheel to look like the iron one on the restored steam tractor from my Auburn days.

What a scene when we first fired up the whirring, clanking apparatus! It reminded Mrs. Mellon of her dear Larry’s work. But we weren’t there just to restore a drilling machine. I had an engineering degree but never drilled a well. Murat was thrilled that his dated experience had renewed significance. We were quite a pair.

We began the grueling work to access potable water for a growing population. It meant traveling for days, sleeping and eating in quite rustic conditions. Breakdowns happened. Repair parts were fabricated or ordered. The machine had few safety shields. One time, a rotating part caught Murat’s coveralls and began a deadly twist. I shut it down in time to avert a terrible accident.

Facing danger and challenges to implement a water plan is not new. Jesus told the woman at the well, “Everyone who drinks of this water will thirst again; but whoever drinks of the water that I will give him shall never thirst; but the water that I will give him will become in him a well of water springing up to eternal life” (John 4:13-14). He declared that He is the promised Messiah, and you know what He endured to implement His plan for you.

It was my privilege to stand before Haitian friends at the opening of new and repaired water sources and share Jesus’ words. His cup always has enough for one more to drink of His Living Water.

Is America Christian?
Scroll to top