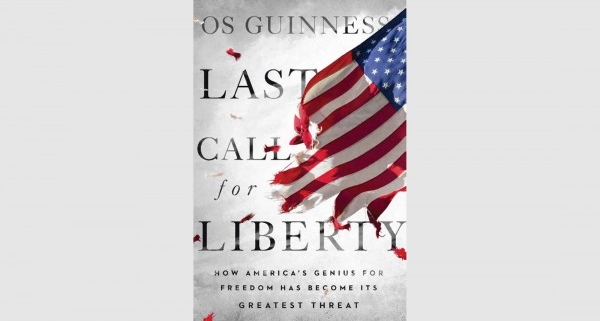 America’s latest outrage is the messy mid-term election.  Both sides hurl charges of fraud. Nobody is proud of the process.  Os Guinness, a social and cultural critic, might say this is but more evidence of “a heaving sea of problems” that has weakened America.

A wise, old fisherman once wrote to another distressed people that various trials can test and prove your faith.  In the light of eternity, the things of earth grow strangely dim.  Today we endure botched elections and a fractured citizenry, but tomorrow we will be delivered from all this, “obtaining as the outcome of your faith the salvation of your souls” (1 Pet. 1:9).

The contrast between the troubles of today and the promise of eternity can fill you with hope and joy, especially when you consider the extent to which God communicated these things to us.  “The prophets who prophesied of the grace that would come to you made careful searches and inquiries, seeking to know what person or time the Spirit of Christ within them was indicating as He predicted the sufferings of Christ and the glories to follow…things into which angels long to look” (1 Pet. 1:10-12).

One of those prophets was Isaiah.  Over 2700 years ago while his nation suffered its own fractures and threats, he wrote, “The people who walk in darkness will see a great light…for a child will be born to us, a son will be given to us…and His name will be called Wonderful Counselor, Mighty God, Eternal Father, Prince of Peace” (Is. 9).

If I was an angel, I would want to see this too!  A great drama unfolds on the earth, with mankind as both the antagonist and victim.  A Rescuer appears, not armed for battle, but as a babe in his mother’s arms.  He grew up not to conquer the world, but to love and die for it.  He didn’t stay dead, but lived again, offering escape and eternity to all who believe.  What a marvelous mystery of Divine authorship!

By faith you can experience something no other creature can: redemption, which means reclaimed by your Creator.  To be distressed by sin is to be human; to be redeemed is to be touched by God.  It leaves you rejoicing and the angels longing.