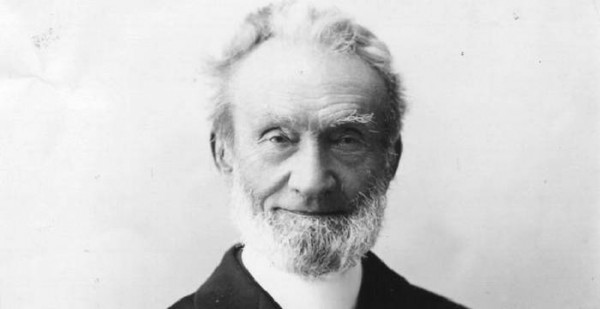 George Muller (1805–1898) cared for over 10,000 orphans during his lifetime. He was a father to the fatherless because he saw his Heavenly Father answer prayer.

The plight of the orphan was a recurring theme for Charles Dickens (think Oliver Twist). He was so impressed with Muller’s work for orphans that he wrote a 5000-word essay in his weekly journal (“Household Words,” 1857) about “Brother Muller and his orphan work.”

Dickens noted the remarkable role of prayer in Muller’s life. One morning, Muller gathered the children for a breakfast without food. Just as they finished giving thanks for God’s provision, the baker arrived with a donation of fresh bread. The milkman’s cart broke down nearby, so he donated the milk. Muller never solicited funds or donations. He simply prayed for the Lord’s provision and waited. Over his lifetime the cost of multiple orphan houses was the equivalent of millions of dollars in today’s currency. Dickens wrote, “When he wants money, he prays for it. His reports make no appeal.”

Jesus said, “What man is there among you who, when his son asks for a loaf, will give him a stone? Or if he asks for a fish, he will not give him a snake, will he? If you then, being evil, know how to give good gifts to your children, how much more will your Father who is in heaven give what is good to those who ask Him!” (Matt. 7:9-11). Even though a father can give in to the temptations of the human condition (“being evil”) and do wrong by your children, you still want good things for them. The Heavenly Father loves your children and knows what they need. Jesus invites you to pray, and witness what the Father will do for them.

Do you pray for your children? You are far more motivated to pray when you contemplate the love and providence of God. The One who created your children, the Son who sacrificed His life to reconcile them to God, the Spirit who comforts and guides, He is the One who invites your prayers. The all-powerful God invites you to have a front row seat as His will is done on earth as it is in heaven.

Your children live in a culture that encourages godless living and each doing what right in his or her own eyes. Pray they know the truth and the joy that accompanies those who walk with Jesus. Pray that God will orchestrate the circumstances of your children’s lives so that they have an anchor for their souls in such a time as this.

What does George Muller’s life say to fathers? It is the man of prayer who can best love, support, and guide the children in your life.

Rebuke the Winds
Scroll to top