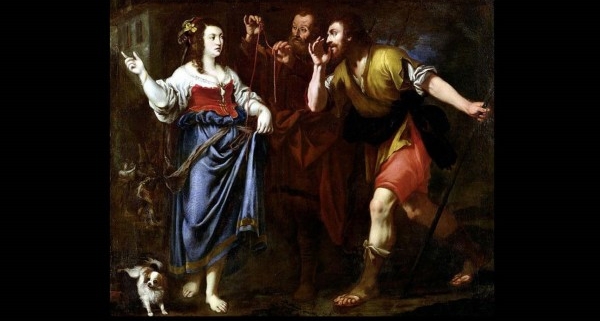 She was a prostitute and conveniently offered lodging at her house. Two young men found their way to her place, but they weren’t looking for paid favors. They had a job to do. They were spies and staying there would be a convenient cover.

Her name was Rahab. She confided to the men that she knew who they were. She knew God had brought their people out of Egypt and had given them the land. In return for information and secrecy, she asked that she and her family be spared. This woman helped make history and became part of God’s providential plan for all mankind. Dr. Amy Orr-Ewing explains, “It is powerful and prophetic that Rahab ends up in the genealogy of Jesus; her son Boaz goes on to marry Ruth. This shows us something profound about the nature of God’s love: He works through kings yet also through those at the very margins of society.”

The Bible revisits that theme over and again. Once, there were men working the midnight shift out in a field. Their job was to watch for predators and thieves who might take the livestock in their care. But this was no ordinary night. First one, then a multitude of angels appeared to them with the message that the Savior, Christ the Lord, had been born. After the shepherds found Mary, Joseph, and the Child, “they made known the statement which had been told them about this Child. And all who heard it wondered at the things which were told them by the shepherds” (Luke 2:17-18). This news was not given to wealthy businessmen or influential leaders, but to humble and courageous men. They acted on it and told it.

Not many of us can lay claim to prestige or influence. You may not be that person who, when entering a room, all faces turn to you and smile waiting to hear what you have to say. You may be like the unnamed shepherds. You work hard to survive and save what you can. You may be like Rahab, who started off on the wrong road in life. Maybe you endure the lonely consequences of past choices. But you are never alone or unnoticed if one Person knows you. Jesus said, “I am the good shepherd, and I know My own and My own know me…and I lay down My life for the sheep” (John 10:14).

In Christ, you are marginalized no more. He knows, loves, and values you regardless of your past, or your present status. When by faith you exchange your life for His, you become part of God’s providential plan. You have your own news to tell of forgiveness and reconciliation. The Christmas story began in the heart of the Father in eternity past, but the peace on earth and good will announced by the angels is for you today!

The Wait
Scroll to top