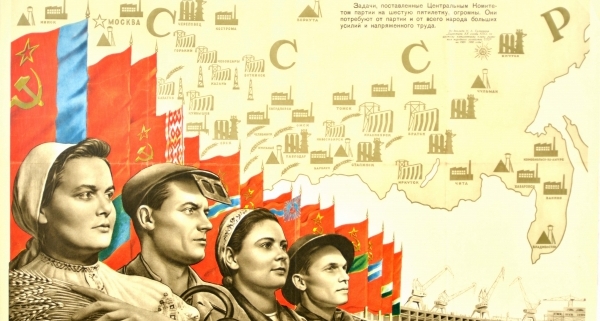 The Soviet Union and Eastern Bloc governments adopted May 1 as a day to celebrate communism. They intended it to recognize laborers in their socialist system. They didn’t know their governments would collapse under the weight of that system in less than 75 years.

China still celebrates the communist holiday to foster good will. If it is to survive, the Chinese Communist Party has to pacify the other 93% of Chinese citizens who are not Party members. The great con is that the Party is China’s only hope for national survival and success.

A republic is not immune to a similar deception. The zeitgeist of recent years beckons you to trust politicians and government as your only hope. Why do people fall for that? In The Political Illusion (1967), Jacques Ellul writes about people acting with religious fervor for politics. They do not realize they’re trying to address their own, unmet needs. He writes, “In great, solemn, vibrant meetings in defense of the republic man can experience the communion that he absolutely needs but no longer finds in his family, his neighborhood, or his work – a common objective, some great popular drive in which he can participate, a camaraderie, a special vocabulary, an explanation of the world. Politics offers him these joys and symbols.” If politics is your source of identity and meaning, the bond that holds everything together, then you have traded your birthright for a bowl of lukewarm porridge. It’s what mass media serves for dinner.

Where can you find the communion you need, something that explains the world and gives you meaning? Answers that fail to address what is true and real about the human condition, what’s right and wrong, ultimate destiny – they’re porridge. It helps that Jesus gave us a simple outline for finding solutions. “Love the Lord your God” and “Love your neighbor as yourself” (Matt. 22:36-40). Paul repeated those ideas, declaring that his priority was “to know Him and the power of His resurrection” (Phil. 3:10) and that “love does no wrong to a neighbor” (Rom. 13:10).

Much of American politics today hurts and divides. It obscures the knowledge of the Creator and does wrong to people. Political posturing has infiltrated education, business, entertainment, and media. Yet we continue to endure the illusion that politics gives meaning and solves all problems. I borrow aviation’s emergency “Mayday” to appeal to heaven to deliver us from the crushing grip of that political illusion.

May Day is also a holiday about spring renewal and the release from winter’s grip. May it be a time to renew your love of God and neighbor. Invest less energy in politics and more in your neighbors’ well-being. Support your church’s efforts to engage the local and global community. Put your trust not in government, but Providence who holds the nations in His hands.

Value of Motherhood
Scroll to top